New research from Children’s Hospital of Philadelphia (CHOP) has shown how the tumor risk varies among patients with the genetic syndrome Beckwith-Wiedemann spectrum when compared with those who exhibit more “classic” symptoms of the disorder. The researchers also found that traditional blood tests may not properly capture all cases with a tumor risk. The findings were recently published online by the journal Genes.

BWS is a genetic disorder commonly characterized by overgrowth that occurs in approximately 1 in 10,000 births. While most children do not have all of the characteristics of this syndrome, the most common features include an enlarged tongue, low levels of sugar in the bloodstream, defects in the abdominal wall, overgrowth on one side or part of the body, and an increased risk of developing certain cancers during childhood, most of which can be cured with proper treatment. 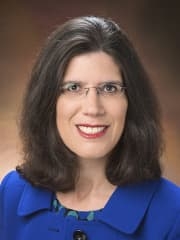 Jennifer M. Kalish, MD, PhD However, many children experience milder cases of the syndrome and may never receive an appropriate diagnosis. While the classic disorder and the more recently defined spectrum are caused by epigenetic changes on chromosome 11p15, there is complex molecular and phenotypic heterogeneity, meaning that a deeper dive is necessary to make sure all cases are being properly diagnosed and monitored, particularly since patients with classic BWS were previously reported to have a 8-10% risk of developing a tumor. Using data generated from the research team’s BWS Registry, the authors investigated the tumor risk and its correlation with clinical features.

“The children on this spectrum do not look like the textbook cases we’ve been accustomed to seeing for decades,” said Jennifer M. Kalish, MD, PhD, a pediatric geneticist at CHOP with special interest in Beckwith-Wiedemann syndrome and cancer predisposition. “We wanted to see if we could more accurately predict which patients might develop tumors based on clinical characteristics.”

The study showed that tumor risk across the Beckwith-Wiedemann spectrum differs from classic BWS, with certain phenotypes, or clinical presentations, associated with specific epigenetic causes. For example, enlarged kidneys and hyperinsulinism were associated with cancer in some patients. In other patients, perinatal and prenatal factors that are currently not included as part of the Beckwith-Wiedemann spectrum classification may lead to tumor risk. These factors include type of conception (such as assisted reproductive technology, i.e. IVF), having more than one baby at a time, premature status, and large gestational age at birth. In general, the risk of tumors in the Beckwith-Wiedemann Spectrum population was higher than the previously published rate of 8-10%.

One important finding was that blood testing results do not necessarily yield the same diagnostic accuracy as other tissue results. Testing other tissues, like skin, liver, or any tissue that is already being operated on as a result of surgery, may yield more accurate results and lead to an appropriate diagnosis and representation of tumor risk. Additionally, the data suggest that children with more subtle clinical characteristics may be more likely to develop tumors than those with classic symptoms, although all patients were at some increased risk of tumor development.

“Ultimately, our findings went beyond our previous understanding of tumor risk in patients with Beckwith-Wiedemann syndrome,” Kalish said. “While more work is needed on this incredibly complex and heterogeneous disease, we have substantially increased the tools at our disposal for earlier and more accurate diagnosis, allowing us to capture patients who may have previously been missed.”