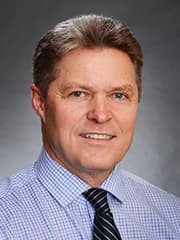 Hakon Hakonarson, MD, PhD Researchers from the Center for Applied Genomics (CAG) at Children’s Hospital of Philadelphia (CHOP) have identified multiple genes implicated in pediatric obstructive sleep apnea. The findings also distinguish which genes are associated with a risk of developing sleep apnea in male and female patients as well as those of European and African ancestry. These first-of-their-kind findings can help researchers identify genetic mechanisms behind pediatric sleep apnea and may eventually lead to novel therapies.

The findings were recently published in the journal Sleep.

Obstructive sleep apnea (OSA) is a sleep-related breathing disorder that can cause a child to stop breathing while they are sleeping, usually due to a blockage in the airway. The disorder affects between 1% and 5% of all children and most commonly develops when children are between 2 and 6 years old, though it can occur at any age. African American and Hispanic children have a slightly elevated risk of developing the condition.

While the most common cause of obstructive sleep apnea in children is enlarged tonsils and/or adenoids, studies have not shown a substantial correlation between tonsil size and the degree of sleep-disordered breathing, meaning that tonsils are not the only cause of the disorder. One prior study found that more than 43% of children with obstructive sleep apnea had at least one relative who also exhibited symptoms of the disorder, leading some researchers to suspect a genetic cause of the disorder. However, prior to this study, no genome-wide association study had been performed to determine whether those genetic causes existed.

“Most cases of obstructive sleep apnea in children do not adhere to classical models of inheritance, suggesting that multiple genes could be involved in the development of the disorder,” said senior author Hakon Hakonarson, MD, PhD, director of the Center for Applied Genomics (CAG) and a faculty member of the Division of Pulmonary and Sleep Medicine at CHOP. “Our study had a large number of participants, which enabled us to also take into account sex and ancestry and stratify the specific genetic causes for more targeted diagnosis and care.”

“This study emphasizes the importance of study populations with diverse ethnic backgrounds to identify unique and shared genetic markers that contribute to the heterogeneity of obstructive sleep apnea in children,” Hakonarson said. “We expect that futher studies with larger samples are likely to identify more genetic markers that together may support the development of novel therapies for the disorder.”

This work was supported by CHOP’s Endowed Chair in Genomic Research and an Institutional Development Award from Children’s Hospital of Philadelphia.