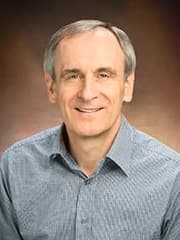 Gerd A. Blobel, MD, PhD Researchers at Children’s Hospital of Philadelphia (CHOP) have discovered a new part of the regulatory cascade responsible for silencing fetal hemoglobin in adult cells. The findings, published today in Nature Genetics, refine scientists’ understanding of the process that turns fetal hemoglobin “off” and adult hemoglobin “on,” which could have therapeutic implications for those with blood disorders like sickle cell disease and beta-thalassemia.

When babies are in utero, the gamma-globin gene produces fetal hemoglobin, but after birth, this gene is switched off and the beta-globin gene is turned on, producing adult hemoglobin, a protein in red blood cells that carries oxygen from the lungs to tissues throughout the body.

Patients with sickle cell disease and beta-thalassemia have mutations in the beta-globin gene, which leads to mutant adult hemoglobin production and serious health complications, ranging from delayed growth to chronic pain and stroke. Since these patients have functional but silenced gamma globin genes, there has been interest among researchers in exploring the therapeutic potential of reversing the switch from fetal to adult hemoglobin. In fact, the reversal of this hemoglobin switch has been a major goal over the last several decades.

However, doing so requires identifying and exploiting factors responsible for this transition, the underlying mechanism of which is not fully understood. Prior research has identified transcription factor BCL11A as a major repressor of fetal hemoglobin genes. The BCL11A gene, which is also a target for recent gene therapy approaches, is not expressed in fetal red cell precursors and is turned on only in adult type red blood cells. There has been debate as to whether the BCL11A gene is primarily regulated at the transcriptional or post-transcriptional level. Moreover, how transcriptional regulation of the BCL11A gene occurs is unknown.

CHOP researchers in the Blobel Lab, led by Research Associate Peng Huang, PhD, demonstrate that the developmental regulation of the BCL11A gene occurs predominantly at the transcriptional level. Using a CRISPR-based genetic screen, they identified the transcriptional repressor HIC2, which is expressed in the fetal stage, as a repressor of BCL11A transcription in fetal cells. The researchers also showed that overexpressing HIC2 strongly increased production of fetal hemoglobin.

Further experiments demonstrated that HIC2 regulates the fetal-to-adult hemoglobin switch by occupying developmental regulatory elements in the BCL11A gene. Ultimately, HIC2 is downregulated through a developmental process in adult cells, enabling the expression of BCL11A and subsequent silencing of fetal hemoglobin.

“Our study uncovered HIC2 as a key regulator of the fetal-to-adult hemoglobin transition,” said senior study author Gerd A. Blobel, MD, PhD, an investigator and holder of the Frank E. Weise III Endowed Chair in Pediatric Hematology at Children’s Hospital of Philadelphia. “Although it is likely that additional fetal stage-specific genes are involved in maintaining the cells in a fetal state, this study provides important insights into the silencing of fetal hemoglobin, which could potentially be targeted in future therapies.”