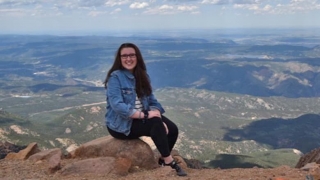 A breakthrough treatment that could one day help children with life-threatening peanut allergies is one step closer to becoming a reality.

The U.S. Food and Drug Administration recently recommended approval for an oral medication that would help build a resistance to peanuts. The medical trials for the drug were conducted at Children's Hospital of Philadelphia (CHOP). The treatment works by exposing children to small amounts of peanut protein, allowing their immune system to get used to it over time. While it is not a cure for the allergy, it does mean cross-contamination would lead to less serious reactions.

Dr. Jonathan Spergel, MD, PhD, Chief of the Allergy Program at CHOP, and his patient Danielle Tryon spoke to CBS News about the treatment.

"Even just being in rooms, anytime that I smelled peanut butter, I would be hyper-alert,” said Danielle. “It's something that can kill you.”

Watch now to learn how the treatment works, and how Danielle celebrated her newfound freedom.