This year marks the 50th anniversary of Children’s Hospital of Philadelphia’s Division of Urology. Five decades ago, few could have imagined the innovations that would revolutionize the field of pediatric urology and how dramatically those advances would transform the lives of children born with these complex conditions.

A history of firsts in the field of pediatric urology

One of the nation’s first pediatric urology programs, CHOP’s Division of Urology was created under the leadership of pediatric general surgeon C. Everett Koop, MD, then surgeon-in-chief at the hospital and later Surgeon General of the United States. Like CHOP, the division has grown tremendously since. 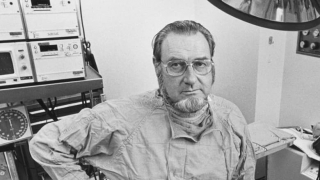 C. Everett Koop, MD In the 1940s and early 1950s, most pediatric general surgeons were pleased to operate on all areas of the body. Koop was different. He envisioned a future where pediatric surgery would become subspecialized the same way adult general surgery had 80 years earlier; where subspecialty pediatric surgeons focusing on different organ systems would address the most complex problems and rapidly advance each subspecialty. This led Koop to recruit John Duckett, MD, as his first full-time pediatric urologist in 1970.

What began with Duckett, a single pediatric urologist, is now a team of 12 pediatric urology subspecialists that cares for nearly 20,000 children — and performs more than 3,000 surgeries — each year using sophisticated technologies unimaginable in the 1970s. Duckett served as Division Chief for 26 years. During his early tenure, he pioneered the field, establishing the first pediatric urology fellowship program in the country. Duckett recruited Howard M. Snyder, MD, in 1980. The Duckett/Snyder collaboration was one of the richest sources of academic accomplishment in the history of pediatric urology. During their 17-year partnership, their innovations in pediatric urologic surgical techniques brought children to CHOP from as far away as Australia, Alaska, Europe, Panama and Saudi Arabia.

Over nearly two decades together at CHOP, Duckett and Snyder gave more than 275 lectures on five continents and cultivated a spirit of international exchange that continues to this day through initiatives in India, China and Trinidad. Dozens of urologists from around the world came to observe their work. With the hiring of Stephen Zderic, MD, in 1991, the expanded team established the first basic science lab focused on pediatric urology. They built CHOP’s pediatric urology service into one of the most respected in the world. 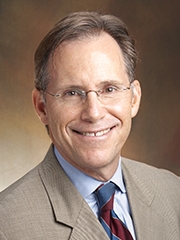 Douglas A. Canning, MD In 1992, the team recruited Douglas A. Canning, MD, who began his career as a CHOP urologist after completing a four-year deployment with the U.S. Navy. Canning became Division Chief of Urology in 1997, after Duckett’s sudden death, and he has continued his predecessor’s pioneering legacy. When Canning arrived, CHOP was a nationally renowned leader in pediatric urology, but much of the work the division did was regional. Today, CHOP’s Division of Urology is ranked among the best in the nation and continues as an international beacon, with a large number of referrals coming from overseas.

“It is inspiring to see what we have accomplished as an institution over the past 50 years,” says Canning, who holds the Leonard and Madlyn Abramson Chair in Pediatric Urologic Research. “From the time I arrived at CHOP, I have believed deeply that there is no problem too difficult for us to solve if we start with the child and work outward from there as a team.”

The Multi-Institutional Bladder Exstrophy Consortium is working to improve outcomes for children with bladder exstrophy.

Minimally invasive surgery (MIS) has revolutionized pediatric urology care, allowing surgery to be done through incisions no larger than a grain of rice. The benefits of MIS cannot be overstated; it results in fewer complications, reduced pain, a shorter hospital stay, less scarring, and a quicker return to normal activity. 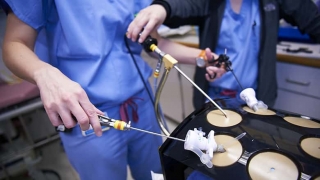 Each year, the division performs one of the highest numbers of minimally invasive urologic procedures in the country. CHOP recently became the first pediatric institution in the world to treat more than 1,000 patients with robot-assisted procedures, a groundbreaking landmark.

“Enormous progress has been made in the field of urology over the past five decades, and we continue to lead the way in advancing the field,” says Canning. “The opportunity to do better than we did the day before for a child and their family is what drives us. The ability to take a young person and their family out of the uncertainty of a major disease and get them on the path to fruitful survival is extremely gratifying.”

What will the next 50 years bring?

When reflecting on the future of urology, Canning envisions a day where complex urologic conditions like kidney stone disease, neuropathic bladder, posterior urethral valves, bladder exstrophy and severe hypospadias can be cured and children can live a normal life. And a future where surgeons from multiple institutions come together — whether in person or virtually — to treat children with the most complex diseases.

“Pooling and seamlessly sharing discoveries throughout our country and our world would catapult forward our understanding of the most complex conditions in the sickest children,” says Canning.

When COVID-19 struck, many urology appointments were successfully converted to telehealth video visits with an overwhelmingly positive response.