Indicators of lower socioeconomic status, such as lower maternal educational attainment and lack of prenatal care, are associated with an increased risk of cleft lip with or without cleft palate, according to a new study by researchers at Children’s Hospital of Philadelphia (CHOP). The researchers also found that most risk factors for cleft lip with or without cleft palate do not overlap with those for cleft palate only, supporting the hypothesis that cleft lip is more strongly linked with environmental factors, whereas cleft palate only is more strongly linked with genetic factors.

The study was recently published in Plastic and Reconstructive Surgery, the official medical journal of the American Society of Plastic Surgeons (ASPS).

Cleft lip and palate are among the most common congenital anomalies. Previous research has shown that children with cleft lip and palate who are born into families with fewer resources often have delayed care and poorer outcomes from treatment. Given the dental and speech changes that can occur from orofacial clefts, along with potentially stigmatizing appearance differences, a cleft diagnosis can lead to decreased employability, further perpetuating a cycle of impoverishment.

However, although prior research has established poorer outcomes for lower income patients with cleft lip and palate, there have been few studies establishing whether socioeconomic factors play a role in having cleft lip or palate in the first place. In this study, researchers looked at whether factors of poverty are associated with risk of being born with a cleft lip or palate.

To do so, the researchers analyzed data from 2016 and 2017 in a U.S. birth database. Of approximately 6.25 million births included in the study, 2,984 (0.05 percent) had cleft lip with or without cleft palate and 1,180 (0.02 percent) had cleft palate only. To assess socioeconomic status, the researchers evaluated several social determinants of health, including the mother's level of education, use of the federal WIC program (Special Supplemental Nutrition Program for Women, Infants, and Children), and insurance status (Medicaid versus private insurance). They also considered factors such as maternal body mass index and tobacco use, infant birth weight, and genetic anomalies, which are known or potential risk factors for orofacial clefts. 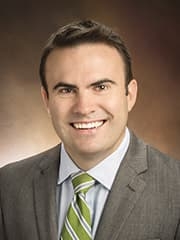 Jordan W. Swanson, MD, MSc The researchers found that both lower maternal education and lack of prenatal care were linked to an increased incidence of cleft lip with or without cleft palate. They also found that receiving WIC assistance was associated with an increase in the risk of cleft palate only, which could reflect eligibility criteria for WIC assistance. The study also confirmed known environmental risk factors for orofacial clefts, such as maternal smoking, maternal obesity, and gestational diabetes.

“Future studies are needed to elucidate the mechanisms underlying the relationship between socioeconomic status and risks of cleft lip with or without cleft palate and cleft palate only in order to improve and implement public health policies aimed at reducing the burden of clefts and its disproportionate impact on the socioeconomically disadvantaged populations,” said senior author Jordan W. Swanson, MD, MSc, an attending surgeon in the Division of Plastic, Reconstructive and Oral Surgery at Children’s Hospital of Philadelphia and the Linton A. Whitaker Endowed Chair in Plastic, Reconstructive and Oral Surgery.

Learn more about this study here.