November 10, 2014 — Oncology researchers studying gene mutations in the childhood cancer neuroblastoma are refining their diagnostic tools to predict which patients are more likely to respond to drugs called ALK inhibitors that target such mutations. Removing some of the guesswork in diagnosis and treatment, the researchers say, may lead to more successful outcomes for children with this often-deadly cancer. 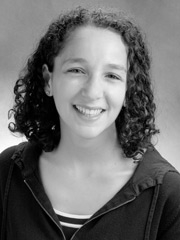 “Some mutations are more important than others,” said Yaël P. Mossé, MD, a pediatric oncologist at The Children’s Hospital of Philadelphia, and a co-leader of the new study published online today in the journal Cancer Cell. “By integrating biochemistry into our clinical strategies, we can better match a patient’s specific ALK-mutation profile with an optimum treatment.” Mossé is also an assistant professor of Pediatrics in the Perelman School of Medicine of the University of Pennsylvania.

“Understanding the specific mutations that trigger signals in cell receptors to stimulate cell growth will help us identify biomarkers for specific subtypes of neuroblastoma,” said study co-leader Mark A. Lemmon, PhD, professor and chair of Biochemistry and Biophysics at the Perelman School of Medicine of the University of Pennsylvania. Lemmon’s research focuses on cell receptors in cancer.

Mossé, Lemmon and their computational collaborator Ravi Radhakrishnan, PhD, an associate professor in the department of Bioengineering at Penn, say their new findings will provide crucial data for a pivotal phase 3 study for patients with ALK-driven high-risk neuroblastoma. This trial will be conducted through the Children’s Oncology Group (COG), a cooperative research organization encompassing over 250 pediatric cancer programs in North America. The COG is supported by the National Cancer Institute.

About neuroblastoma and current research

A solid tumor of the peripheral nervous system, often appearing in the chest or abdomen, neuroblastoma is the most common cancer in infants. It accounts for a disproportionate share of cancer deaths in children, with cure rates lagging behind those for other pediatric cancers.

The current study concentrates on various mutations in ALK, the anaplastic lymphoma kinase gene. Mossé led a team that first discovered in 2008 that an ALK mutation caused a hereditary form of neuroblastoma, and also identified ALK mutations implicated in some non-hereditary neuroblastoma.

Mossé was subsequently able to expedite a phase 1 pediatric trial for neuroblastoma and other ALK-dependent childhood cancers using an existing drug called crizotinib, a molecule that inhibits the ALK protein when it is switched on by some ALK gene mutations. Crizotinib had a stronger anticancer effect against some ALK mutations than in others. In a subsequent collaboration with Lemmon, the investigators analyzed the biochemistry of how the two most common ALK mutations responded to crizotinib. The results strongly suggested that higher doses of the drug would be necessary for children with one mutation compared to the other — and that this knowledge could help oncologists define the correct dosage before an initial treatment.

Neuroblastoma is complex, with many subtypes of the disease. The current study explored the full spectrum of neuroblastoma, analyzing DNA from a COG tumor bank drawn from nearly 1,600 patients. The team discovered ALK mutations in 8 percent of the tumors, with a higher rate among tumors from older patients and those with high-risk neuroblastoma. The researchers also investigated which ALK mutations were more sensitive to crizotinib in cell cultures.

“Our computational approach can predict which ALK mutations are activating — that is, which ones drive cancer — and just as importantly, which mutations are not,” said Radhakrishnan. “This will give oncologists a way to avoid overtreating or undertreating each patient, by knowing whether crizotinib or similar ALK inhibitors will be necessary and effective,” added Lemmon. They added that their analytical method also holds great promise in predicting the behavior of new ALK mutations not yet discovered.

Using crizotinib to inhibit ALK activity is not always effective, because children are often treated previously with other drugs that cause neuroblastoma tumors to develop drug resistance. “Our goal is to leverage our ongoing preclinical work to design a phase 3 clinical trial that will integrate crizotinib into the treatment regimen for newly diagnosed patients, who will be carefully selected according to which ALK mutation their tumor carries,” added Mossé. “Characterizing which patients are likely to benefit from ALK inhibition and treating them upfront before they develop drug resistance may save more children’s lives.”

Grants from the National Cancer Institute (CA140198) and the National Institute of General Medical Sciences (GM008275) the U.S. Army Peer-Reviewed Medical Research Program, the European Commission, the National Science Foundation and the Institute for Translational Medicine and Therapeutics of the University of Pennsylvania provided funding for this research. Pfizer provided crizotinib for the study.

Penn Medicine is one of the world's leading academic medical centers, dedicated to the related missions of medical education, biomedical research, and excellence inpatient care. Penn Medicine consists of the Raymond and Ruth Perelman School of Medicine at the University of Pennsylvania (founded in 1765 as the nation's first medical school) and the University of Pennsylvania Health System, which together form a $4.3 billion enterprise.

The Perelman School of Medicine has been ranked among the top five medical schools in the United States for the past 17 years, according to U.S. News & World Report's survey of research-oriented medical schools. The School is consistently among the nation's top recipients of funding from the National Institutes of Health, with $392 million awarded in the 2013 fiscal year.

Penn Medicine is committed to improving lives and health through a variety of community-based programs and activities. In fiscal year 2013, Penn Medicine provided $814 million to benefit our community.