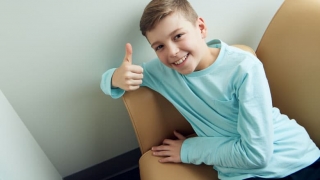 Today, the U.S. Food & Drug Administration (FDA) announced the approval of PalforziaTM, a first-of-its-kind treatment for peanut allergies. The Allergy Program at Children’s Hospital of Philadelphia (CHOP) was one of the research sites for the breakthrough drug.

PalforziaTM is a type of oral immunotherapy that works by desensitizing children to peanut protein. Patients eat a controlled amount of peanut protein in the medication every day and slowly build up their tolerance. Over time, many children see a reduction in the severity of their allergic reactions, allowing them to live life with more confidence and without the risk of a deadly reaction.

“This therapy is the first FDA-approved therapy for desensitizing children and teens with peanut allergies,” said Jonathan Spergel, MD, PhD, Section Chief of CHOP's Food Allergy Center. “While it’s not a cure, it will allow patients to live their lives with less fear of having a serious or fatal reaction to accidentally ingesting peanut protein.”

"Oral immunotherapy won't work for everyone, but when it does, it's amazing," said Terri F. Brown-Whitehorn, MD, attending physician in the Food Allergy Center. "It can transform a child's life."

Noah is one of those children. When he was six years old, he accidentally ate a piece of candy with peanuts and developed a severe allergic reaction. That reaction haunted him for years.

"He felt different and excluded, and his allergy worried him,” said Craig, Noah’s father. “The severity of his reactions scared him.”

Not wanting their son to feel anxious and different anymore, Noah’s parents reached out to CHOP and enrolled him in a groundbreaking study to see if PalforziaTM could help. Noah no longer fears his peanut allergy and can go to his friends’ houses without being worried about accidentally ingesting peanuts. Small changes have made a big impact on Noah’s state of mind.