The FDA announced it has approved crizotinib (brand name Xalkori®), a first generation ALK inhibitor, for the treatment of pediatric patients with ALK-fusion positive relapsed/refractory anaplastic large cell lymphoma (ALCL). The ALK fusion was originally cloned in a pediatric lymphoma model in 1994, but no therapies were available to target ALK until this cancer gene was also discovered as a target in a subset of patients with lung cancer. The approval was based on a pivotal study led by researchers at Children’s Hospital of Philadelphia (CHOP) through the Children’s Oncology Group (COG). 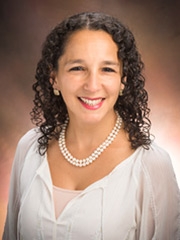 Yael Mossé, MD ALCL is a rare form of non-Hodgkin's lymphoma, and approximately 90% of pediatric ALCL cases are ALK-positive. Yael P. Mosse, MD, Associate Professor of Pediatrics in CHOP’s Cancer Center, has studied ALK alterations in the context of several cancers, including neuroblastoma, and was the principal investigator for the studies that led to crizotinib’s FDA approval.

“The approval of Xalkori marks an important moment for pediatric patients with ALK-positive ALCL who suffer a relapse during or after standard upfront chemotherapy, and who now have another treatment option that may one day prove to be an integral component of curative therapy,” Mossé said. “This is a big step forward and one that will give hope to many patients and families.”