The Pennsylvania Pediatric Medical Device Consortium (PPDC) has announced its latest round of seed grants to companies developing medical devices for children. The Consortium chose five projects from ten finalists in a competition to receive seed grants of up to $50,000 each.

The devices are a stabilization device for improved placement of IV catheters and PICC lines, a wearable technology to detect and respond to opioid overdose, an ultrasound device to increase safety of G-tube placement, a tool to improved accuracy of small volume medication measurement, and a bedwetting alert and mitigation system.

Funded by the U.S. Food and Drug Administration and based at Children’s Hospital of Philadelphia (CHOP), the PPDC provides know-how and seed funding to help innovators translate promising ideas into commercialized medical devices for use in children. The PPDC is a collaboration involving CHOP, the McGowan Institute for Regenerative Medicine and SciVelo of the University of Pittsburgh, and the University of Pennsylvania.

“We are once again excited to support a new group of novel pediatric medical device projects that have the potential to help children in need,” said Robert J. Levy, MD, attending cardiologist in the Cardiac Center at CHOP, the William J. Rashkind Endowed Chair in Pediatric Cardiology at CHOP and the Consortium’s Principal Investigator. 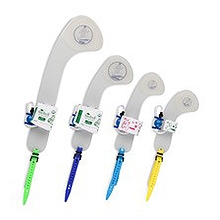 SafeBoard, LLC of Youngsville, LA is creating SafeBoard, a patented extremity stabilization device designed to assist in the placement of ultrasound-guided PICC lines and IV catheters in neonates and children. Historically, repeated unsuccessful needle sticks and use of general anesthesia and sedation can be traumatic and dangerous to both the patients and their caregivers. SafeBoard aims to minimize the amount of time it takes to successfully insert a PICC/IV in a child, minimize needed personnel, reduce the use of medications, minimize discomfort, and decrease the rates of catheter-related complications.

Jacob Brenner, MD, PhD of the University of Pennsylvania is developing the DOVE device. Adolescents remain extremely vulnerable to the adverse effects of opioid use and overdose. During an overdose, individuals only have a matter of minutes to receive life-saving measures, including naloxone, an opioid overdose antidote. There is an urgent need for novel solutions that passively monitor respiratory drive and trigger automated responses to reverse an overdose when detected. The DOVE device is a wearable biosensor that senses and responds to critically low respiratory rate by automatically injecting naloxone and/or alerting first responders, a trusted contact, or a naloxone-equipped bystander.

CoapTech, Inc. of Baltimore, MD is developing the Pediatric PUMA-G, which is expected to provide a safer way to place feeding tubes for children. Gastrostomy tubes (G-tubes) provide a path for nutrition delivery directly into the stomach, bypassing the mouth and esophagus, for patients who have difficulty swallowing. Traditional technology used in these procedures cannot “see through” tissue, and G-tube malposition causes acute harm and other complications. The alternative fluoroscopic approach requires the use of ionizing radiation, which presents serious long-term risk of cancer. The use of ultrasound imaging is expected to make the Pediatric PUMA-G safer, timelier, and less costly than conventional G-tube placement methods used in children.

Assure Technologies, LLC of Chapel Hill, NC will receive support for the Precynge device to provide consistently accurate small volume medication measurements critical to pediatric care. Neonatal and early pediatric patients are particularly vulnerable to dosing errors; exposure to potential adverse drug events occurs three times more frequently in pediatric than in adult inpatients. While the majority of IV doses are made in the pharmacy, nurses frequently prepare IV push medications at the bedside for small volumes in neonatal and pediatric patients, especially for high alert medications like narcotics and insulin. The Precynge will provide nurses the same safety systems available in the pharmacy. 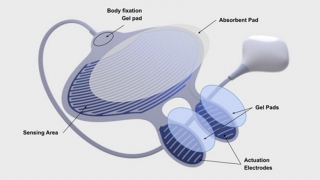 Global Continence, Inc. of Atlanta, GA is creating a bedwetting mitigation device. Nocturnal enuresis, or bedwetting, affects 200 million children globally and can impact a child’s self-esteem and behavior. The device will sense moisture and immediately activate a painless neuromodulation system to prevent bedwetting and alert the child and/or parents. The device, the first of its kind, can be used in children of all ages and is expected to prevent the need for long-term treatment of bedwetting.

Applications for PPDC funding opportunities are accepted from throughout the U.S. The Consortium also accepts applications year-round for in-kind services and expert advice.

For more information on the PPDC, visit https://ppdc.research.chop.edu/