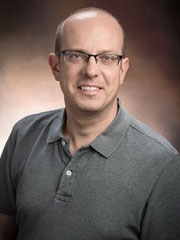 Hematology researchers have further refined how a treatment currently used on an urgent basis to control bleeding in hemophilia patients holds promise as a preventive treatment as well. A study in animals may set the stage for a new therapy for a subset of patients with hemophilia who now develop antibodies to the standard maintenance treatment and then require on-demand “bypass” therapy.

“Patients who develop antibodies to the coagulation factors usually prescribed for hemophilia have a complicated treatment,” said study leader Paris Margaritis, DPhil, a hematology researcher in the Raymond G. Perelman Center for Cellular and Molecular Therapeutics at Children’s Hospital of Philadelphia (CHOP). “A different factor, called coagulation factor VIIa, restores blood clotting when given after a bleed occurs, but we don’t know the target level of circulating factor VIIa that would prevent bleeds before they start. Our new preclinical results are the first to show target levels that could act prophylactically.”

Margaritis explained that the thresholds of circulating factor VIIa that prevented bleeding episodes in animals can be incorporated into future clinical trials in patients.

The study team published its findings Feb. 12, 2019, in Blood Advances. In addition to his CHOP position, Margaritis also is on the faculty of the Perelman School of Medicine at the University of Pennsylvania.

Hemophilia is an inherited bleeding disorder in which gene mutations impair the blood’s ability to clot. When not fatal, severe hemophilia causes painful, often disabling spontaneous bleeding and joint damage. The disorder commonly occurs in two types, hemophilia A and hemophilia B, distinguished by which natural coagulation factor is affected. An absence or deficiency of blood factor VIII leads to hemophilia A; in hemophilia B, factor IX is impaired.

Managing hemophilia may involve a series of measures and countermeasures, in which clinicians make use of blood factors. For years, the standard treatment has been to provide frequent intravenous infusions of manufactured factor, both prophylactically and on demand. However, one-third of patients with hemophilia A and up to 5 percent with hemophilia B develop inhibitors from this factor replacement therapy that render the treatment ineffective.

A long-term technique called immune tolerance induction uses repeated injections of factor to eliminate inhibitors, but more than 40 percent of patients fail this therapy. For those relapsed patients, the only alternative is to implement a bypass strategy, infusing other compounds that enable the blood to coagulate: activated recombinant clotting factor VIIa, activated prothrombin complex, or more recently, an antibody that has just been approved by the FDA for all hemophilia A patients. “While factor VIIa continues to be widely used, we still don’t know what the level of circulating factor VIIa needs to be in order to use it safely on a prophylactic basis in humans,” said Margaritis.

Margaritis and colleagues have extensively investigated gene transfer in animal models (mice and dogs). In these experiments, they deliver corrective DNA carrying the coded instructions to produce factor VIIa and reduce bleeding episodes. The current study used a hemophilia A rat model genetically designed to experience bleeding episodes. Novo Nordisk A/S, the pharmaceutical company that is the main source of the bypass agent VIIa for patients, provided the rats.

The study team used adeno-associated virus (AAV) as a vector to deliver a rat factor VIIa gene. The gene expressed factor VIIa with a dose-dependent effect, simulating prophylaxis. Factor that reached a specific level in the bloodstream reduced bleeding in the hemophilia A rats, and at a higher level, eliminated those bleeds altogether.

“For the first time, we have threshold levels of factor VIIa for prophylactic use,” said Margaritis. He added, “Because factor VIIa bypasses the need for factor VIII or IX, it should work in both hemophilia A and hemophilia B. Furthermore, it works whether or not inhibitors are present in the blood.”

Margaritis said next steps in this research will be to translate threshold levels in rats to levels in humans, and to use that information as a basis for testing the approach in clinical trials.

Funding support for this study came from Novo Nordisk A/S and from the National Institutes of Health (grants T32-HL07439 and T32-HL007150). Disclosures: co-author Bo Wiinberg is an employee of Novo Nordisk A/S and co-author Mads Kjelgaard-Hansen is an employee of AscendisPharma A/S. Margaritis receives research funding through competitive grants from the Bayer Hemophilia Awards Program and salary (spouse) from Bristol-Myers Squibb and CSL Behring. Spark Therapeutics licenses technology that generated the rat VIIa used in this study. CHOP as an institution holds equity in Spark.