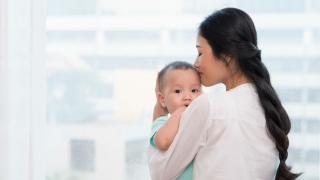 If your child has symptoms of an inherited condition or one that might be caused by a spontaneous gene mutation, your doctor may recommend genetic testing.

Marni Falk, MD, clinical geneticist and Executive Director of Mitochondrial Medicine, a Frontier Program at Children’s Hospital of Philadelphia (CHOP), recently summarized the basics of genetic testing for families in a patient resource published in JAMA Pediatrics. In the article, co-authored by Megan Moreno, MD, of the University of Wisconsin-Madison, Dr. Falk shares key information about genetic testing at CHOP.

Genetic mutations can contribute to a wide range of health issues in children, including:

If your child has symptoms of a condition linked to a genetic disorder, your child's doctor may recommend genetic testing to confirm a diagnosis and refine treatment plans.

Even if a child or adult has no unusual health symptoms, a family history of genetic disease can be a reason to recommend genetic testing.

How are genetic disorders inherited?

Different genetic disorders are inherited in different ways, and more is being learned every year about how specific gene mutations can lead to varying health symptoms.

What is genetic testing and how might it be helpful?

More than 7,000 genes have now been identified in which mutations are associated with diverse medical disorders. This growing knowledge has demonstrated that many genetic syndromes and diseases can have a wide range of symptoms, which often overlap with each other. Finding the specific causal gene mutation in any one patient — essentially a needle in the genetic haystack — enables doctors to make a firm clinical diagnosis, which can lead to improved treatment or targeted therapies.

Establishing a clear genetic diagnosis can also help lift the emotional burden parents may feel because of a child’s illness, wondering if something they did caused the condition or if there is something more they could be doing to fix the problem.

“Gene mutations are happening all the time in all people through no factors they can control, sometimes inherited and sometimes occurring new in the cells of the affected child,” says Dr. Falk. “That can be therapeutic for parents to understand.”

Knowing the specific cause of a genetic condition can also remove the fear of the unknown surrounding future reproductive choices for parents, the child, siblings and extended family members, and may lead to improved medical care for others in the family.

Even with these benefits, the decision to pursue genetic testing should not be made lightly. Genetic counseling with an experienced healthcare professional is recommended before testing. If testing is done, results should be discussed with a clinical genetics professional, who can interpret the often complex findings. Genetic test results must also be considered in the context of each child’s unique medical problems. Two children can have an identical gene mutation and present with very different symptoms, requiring very different treatments, or they can have the same symptoms but from very different genetic causes.