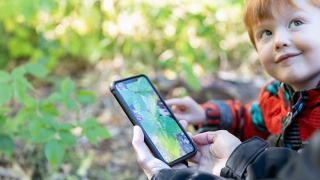 So, what can you do? First step: learn to spot poison ivy and avoid it! If your child does wind up touching poison ivy or being exposed to it and develops a rash, know how to treat it at home – and what symptoms should be red flags that your child needs to be seen by a healthcare professional.

How to identify poison ivy (and avoid it!)

Teach your child how to recognize poison ivy. If you live anywhere in the United States, you most likely have encountered the ivy. The old saying goes: "Leaves of three, let them be." Poison ivy usually has three broad, tear-shaped leaves and grows as a climbing (up a wall, for example) or a low-spreading vine across the ground.

Although the leaves are usually green, be on the lookout for brown vines wrapped around wood because even dried ivy can still have enough oil to cause skin irritation. Plenty of patients are described as carrying around dry logs and sticks the day before their rash appears.

How do you know if you have poison ivy? Recognizing the rash

A rash from poison ivy usually starts to pop up the day after exposure. Wherever the oil from the plant touches, the skin becomes red, irritated with blisters, and swollen.

Poison ivy is not contagious nor can your child “spread it” by scratching themselves. Since different areas of skin can react to the oil at different times, the rash gives the illusion of spreading. An analogy is the sunburn. A sunburn on the neck can appear in the morning but a sunburn on the legs may not appear until later that day. Healing time for poison ivy is anywhere between one and two weeks.

After contact with poison ivy, immediately wash off any oil off with soap and water. Avoid baths right after exposure because the oil may simply swirl around the bathtub and oil may touch new places on your child. Also wash all clothing that may have touched the oil.

Do not use rubbing alcohol, bleach, or hydrogen peroxide as a treatment for poison ivy. These items will irritate the rash more than soothe symptoms.

How can you tell if poison ivy is infected? Red flags to watch for

The biggest worry with a poison ivy rash is the chance of infection. With each scratch, your child is possibly introducing infection into an open wound.

Generally, your child will need medical attention if their poison ivy rash:

With luck, your kid will be part of the 10-15 percent of the population who are not allergic to poison ivy. And although no one really knows the statistics, you can tell your kids that they “must be” part of the nearly 100 percent who enjoy yard work.

Naline Lai, MD, FAAP, is a pediatrician and Practice Medical Director at CHOP Primary Care, Doylestown, PA. She is co-host of the popular pediatric advice blog Two Peds in a Pod. 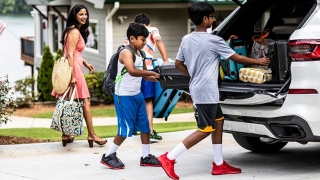 How to Prepare for a Safe Summer Trip

When getting ready to travel with your family, plan ahead to stay healthy and safe and to be prepared for the unexpected. 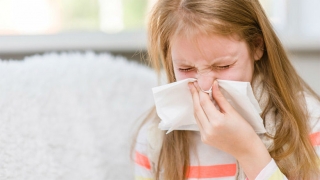 Does your child have seasonal allergies? Learn tips to minimize exposure to allergy triggers and how to keep your child comfortable during allergy season. 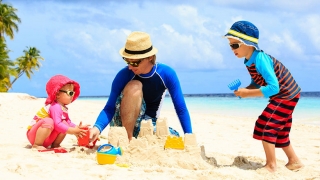 Know the risks of skin cancer and how to spend time outside safely.