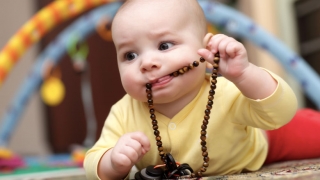 Young children are naturally curious, and one of the ways they explore new objects is to put them in their mouths. That can lead to risks from choking, poisoning and other injuries.

A study recently published in the journal Pediatrics found that childhood emergency room visits as a result of swallowed objects (“foreign body ingestion”) have nearly doubled since the 1990s — from 9.5 per 10,000 children to 18. Over the 20-year span of the study, from 1995 to 2015, more that 750,000 children under the age of 6 were seen in emergency rooms after swallowing coins, toys, jewelry, screws, nails, batteries and other objects. That’s an average of almost 100 visits a day.

Payal Gala, MD, an attending physician in the Emergency Department at Children’s Hospital of Philadelphia (CHOP), treats these cases and shares her observations and advice for how to keep your child safe.

The most dangerous swallowed objects

“Most parents know the risks to young children from choking on swallowed objects,” Dr. Gala explains. “Care should be taken to keep small toys and other choking hazards out of reach of babies and toddlers. But, beyond that, some objects are particularly dangerous when swallowed and require special vigilance.”

First among the red flag items are button batteries, the tiny round batteries that come in everything from toys and remote control devices to hearing aids, thermometers and musical greeting cards. “If you see your child swallow a button battery, get them to the nearest emergency room immediately,” Dr. Gala advises.

Exposed to the fluids of the esophagus or stomach, the batteries can begin to leak toxic and corrosive chemicals. Vital organs can be compromised as early as two hours after ingestion. If the battery lodges in the esophagus, its electrical discharges and chemicals can burn a hole in the tissue, causing injury to surrounding organs and affecting the ability to breathe.

While you’re on your way to the ER, give your child honey. A CHOP-led study showed that honey can protect the esophagus for a short period of time.

Sharp objects — such as pins, needles, nails, screws or broken toys with sharp edges — are another significant worry. These present a risk of piercing holes in the esophagus, stomach or intestine. When a child is found to have swallowed a sharp object, emergency room doctors will often recommend removal depending on the size of the object and its location in the digestive tract to minimize the risk of serious injury.

Magnets are also on the red flag list. When two small magnets are swallowed — as can happen when a young child is allowed to play with refrigerator magnets or magnetic toys like Buckyballs® — they can pinch intestinal tissue between them and damage it. Even when only one magnet is swallowed, it can cause tissue damage when drawn to a metal object outside the body, such as metal buttons on a child’s clothing. If you see your child swallow a magnet, call your doctor. Imaging may be needed to make sure the object is passing safely through the digestive system.

Symptoms of harm from a swallowed object

Most children taken to an emergency room because of a swallowed object were seen putting the object in their mouth. But sometimes a child swallows something without an adult seeing it. If you notice that your child is choking or having trouble breathing, you should call 911 immediately. An object might be lodged in the esophagus or the airway.

Other concerning symptoms include unusual drooling or coughing, trouble swallowing, trouble breathing, vomiting, stomach pain, a swollen abdomen or diarrhea. Blood in drooled saliva, vomit or diarrhea may be a sign of a critical problem. Call your doctor if you notice any of these symptoms and are concerned that your child may have swallowed something.

Keep small objects out of your young child’s reach

“If your young child can reach and grab an object, she can put it in her mouth and might swallow it,” says Dr. Gala. She offers these suggestions to keep your child safe: 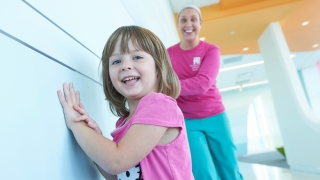 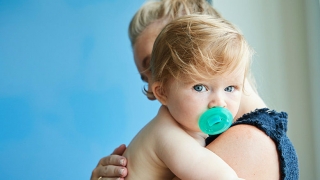 Button Batteries: A Danger to Children

Watch this video to learn what to do if you think your child swallowed a lithium button battery. 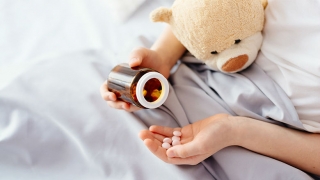 Anyone can be the victim of accidental poisoning, but young children are at special risk.