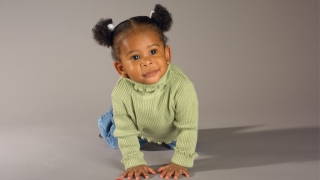 As your baby’s first birthday approaches, you may be wondering how you’re going to start introducing cow’s milk into their diet, and what the reaction will be when you do. What if it bothers their stomach? What if they hate the taste? Do I really not offer a drop until we’re cutting the first birthday cake? Do we say goodbye to bottles too?

You should know that the American Academy of Pediatrics still recommends a combination of solid foods and breastmilk or formula for children under 12 months. Only after 1 year do they suggest introducing whole cow’s milk.

Why whole milk? Because it has more fat, which helps with healthy brain development, much of which takes place during the first two years of life.

And Children’s Hospital pediatricians agree. “We don't recommend anything other than breast milk or formula as the primary liquids in an infant’s diet until after she turns 1,” says Joseph Gwiszcz, MD, FAAP, a pediatrician at CHOP Primary Care, Haverford. But he does add that it’s OK to try offering a sippy cup of about an ounce of whole milk once a day after your baby turns 11 months old for a couple weeks before the full switch. “This can help you test how your baby will tolerate the taste of cow’s milk and help her practice using a sippy cup,” says. Dr. Gwiszcz.

It is OK to give babies foods made with dairy products (like yogurt, ice cream and cheese) as appropriate for their age starting after 6 months old, as long as there is not a strong family or personal history of a cow's milk allergy, in which case you should discuss with your pediatrician before introducing.

After 1 year of age, if breastfeeding is not going to be exclusively continued, whole milk can take over as your baby’s main drink, along with water.

Ready to start weaning your 1-year-old and offering cow’s milk? Here are some tips from Dr. Gwiszcz on getting started, and what to expect during the transition:

If your baby isn’t a big fan of how cow’s milk tastes, you can mix equal parts whole milk and either breast milk or prepared formula (don’t mix powdered formula with whole milk instead of water). Then, gradually decrease the ratio of breast milk/formula to whole milk.

Move from bottle to sippy cup

Transitioning to whole milk is also a good time to try transitioning off of bottles altogether. “The goal is to transition off of bottles and onto sippy or straw cups completely as soon after your baby’s first birthday as possible,” says Dr. Gwiszcz. This can help reduce the risk of milk-bottle cavities.

Milk as beverage, not meal

As your baby starts drinking more whole milk, keep in mind that it’s natural that the total volume of milk consumption will go down. That’s because it’s expected that the majority of the calories your child is consuming will be coming from solid foods. Milk is now mainly just a drink and source of calcium and vitamin D. About 8 to 10 ounces is a reasonable minimum of whole milk consumption (especially if other dairy products are being consumed), and the most a toddler should drink is no more than 24 ounces of whole milk per day.

“More than that can lead to anemia as it is low in iron itself, and large amounts of milk can prevent absorption of the iron in the foods your baby is eating,” explains Dr. Gwiszcz.