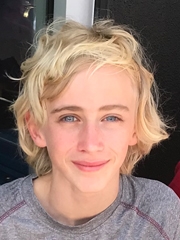 Thanks to an innovative therapy at CHOP, Daniel, 14, has resumed many normal activities Faced with a preteen boy in pain and struggling to breathe from a severe, deteriorating rare condition, researchers at Children’s Hospital of Philadelphia (CHOP) identified the responsible gene mutation and harnessed that knowledge to develop a novel treatment that dramatically improved the condition. The patient had been born with a complex defect that disrupted the circulation of lymphatic fluid throughout his body.

A leading geneticist and a pediatric cardiologist with expertise in lymphatic disorders co-led a team effort to translate knowledge of the affected biological pathway into an innovative treatment, repurposing an existing drug that caused the abnormal lymphatic system to remodel itself. This unexpected result may form the basis of a new therapy for this type of defective lymphatic circulation.

“This case is a dramatic example of implementing a precision medicine treatment for a life-threatening rare disease,” said study leader Hakon Hakonarson, MD, PhD, Director of the Center for Applied Genomics at Children’s Hospital of Philadelphia. “We discovered a causative gene mutation in two patients, identified an existing drug that acts on that gene’s pathway, showed that the drug relieves the condition in lab animals, and then successfully treated the original patient.”

Hakonarson collaborated with pediatric cardiologist Yoav Dori, MD, PhD, from the innovative Jill and Mark Fishman Center for Lymphatic Disorders, based at CHOP. “Our patient suffered from a lymphatic conduction disorder known as a central conducting lymphatic anomaly,” said Dori. “The gene mutation drove uncontrolled proliferation of abnormal lymphatic vessels, leading to leak of lymphatic fluid, edema, and respiratory difficulties. Because we were able to repurpose an existing drug to block the signals causing the dysregulated growth, we caused our patient’s lymphatic channels to reshape themselves into a more normal anatomy and function, and dramatically improved his condition.”

“The lymphatic system is sometimes called ‘the forgotten circulation,’ said Dori, who added that the lymphatic system interacts with the cardiovascular system, absorbing and returning fluid from tissues back to the venous circulation. As lymphatic fluid circulates through the body, it has a crucial role in immune function as well as fat and protein transport. Abnormal lymphatic flow, which often goes undiagnosed, may cause fluid accumulation in the chest, abdomen or other tissues, leading to respiratory distress, abdominal swelling, and severe swelling of the limbs or tissues.

Daniel was 10 years old when he first came to his local hospital in Virginia with swelling in his lower body, shortness of breath, and exercise intolerance caused by a buildup of lymphatic fluid around his heart. “This came on suddenly for Daniel,” said his mother, who added that he had been a competitive soccer player and had run a 5K course in 25 minutes without any training. Doctors drained the fluid, but it continued to accumulate, and he was transferred to CHOP for further evaluation by the lymphatics team.

At CHOP, the lymphatics team blocked the abnormal flow and used minimally invasive methods to initially stabilize the problem, but the fluid buildup reoccurred and worsened over the next two years. Daniel’s respiratory problems and swelling worsened, despite a variety of minimally invasive and surgical interventions. Sirolimus, a drug commonly used in lymphatic conditions, did not work. The care team was running out of options and Daniel’s condition continued to deteriorate.

Hakonarson, a pediatric pulmonologist in addition to his genetics and genomics expertise, consulted with the lymphatics clinical team on Daniel’s case. “All lymphatics patients are now also seen by our genomics team,” said Hakonarson, who added that based on this work, CHOP is now expanding an existing program in complex vascular anomalies that investigates the underlying genetic mutations that impair normal development of blood or lymphatic vessels.

Hakonarson’s team performed whole-exome sequencing (WES) on Daniel’s DNA with the aim of identifying a specific genetic cause for his condition. The team also did WES on DNA from an unrelated young adult patient, from another center, with a severe lymphatic condition. That DNA was stored in a patient registry. In both cases, the sequencing identified a previously undiscovered gain-of-function mutation in the ARAF gene. Unfortunately, the adult patient died from this life-threatening disease before the subsequent experimental treatment became available.

The researchers explored the function of the ARAF mutation by inserting it into the embryos of zebrafish, an animal frequently used to model genetic diseases. The zebrafish then developed similar abnormal lymphatic channels. The next step was to use a drug called an MEK inhibitor known to act on biological pathways affected by ARAF. The drug “rescued” the structural defect in the zebrafish, causing them to develop normal lymphatic vessels.

MEK inhibitors are typically approved for use in patients with the skin cancer, melanoma. Based on their zebrafish results, Hakonarson and Dori consulted with Dr. Jean Belasco from the CHOP Oncology team, who is a leading clinician in vascular anomalies, and a study co-author. Dr. Belasco obtained compassionate permission from the FDA to use an MEK inhibitor called trametinib in Daniel.

Within two months after starting the experimental treatment, Daniel’s breathing improved. Three months after starting the treatment, he had reduced fluid retention and was able to cut back on supplemental oxygen, start breathing room air, and begin more physical activity. An MRI showed that his lymphatic vessels were remodeling themselves. He was able to stop using supplemental oxygen and transition to breathing room air. The heavy swelling in Daniel’s legs gradually disappeared.

Now 14 years old, Daniel has been able to resume many normal activities, such as riding his bicycle, playing basketball, and taking up other activities, such as weight training and helping to coach soccer camps. His mother said, “Just over two years ago, Daniel was getting measured for a wheelchair and had to be tutored at home. Now he’s back at school full time and is able to be active with his friends.”

Dori and Hakonarson said that this research is the first real evidence for complete remodeling of an entire organ system by a drug, and offers hope for many patients with similar lymphatic flow disorders. “Our work exemplifies how genetic discoveries can impact disease classification and uncover novel biological and life-saving treatments,” they concluded in the paper.

His mother added, “As difficult as this process of discovery, experimentation and treatment has been, we are so grateful for the perseverance and skill of his medical team, in addition to Daniel’s resilience and optimism. The fact that Daniel’s case has the potential to help countless other patients is a silver lining for sure.”

External funding for this study came from donations from the Adele and Daniel Kubert family and from Aevi Genomic Medicine, Inc. (“Aevi”). Hakonarson is a scientific advisor to Aevi and owns shares in the company. CHOP as an institution has invested in Aevi, holds equity in the company, and has a seat on its Board of Directors. Hakonarson’s and CHOP’s participation in research related to Aevi is reviewed and approved by CHOP’s Conflict of Interest Committee, which includes an independent member external to CHOP.

Hakonarson is a leader of CHOP’s Comprehensive Vascular Anomalies Frontier Program (CVAFP), launched this year to build on both the hospital’s Vascular Anomalies Program and its Lymphatic Imaging and Interventions Frontier Program. The CVAFP is designed to enhance clinical care and tap into the extensive clinical and genomic research infrastructure existing within the Cancer Center and the Center for Applied Genomics. CHOP’s Frontier Programs exemplify its commitment to combining the most advanced treatment options with breakthrough discoveries.