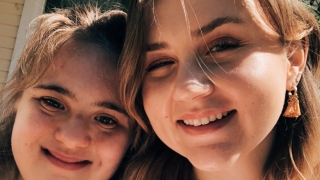 Eve and Madeline It seems there are misconceptions about people who have loved ones with disabilities. When I tell someone that my sister has Down syndrome, the typical response is very delayed and hesitant, and it’s something along the lines of, “Aww, she must be adorable!”

I think sometimes people get uncomfortable; they don’t know what to say, but they want to remain sympathetic because they feel as though they have to be. Really though, I’m the one that should be sympathetic, because they will never understand the beauty of having a sibling with Down syndrome.

Confident to be herself

It’s no secret that people with Down syndrome have copious amounts of love to give, and they have an unwavering, amazing confidence that most people can only hope to have. My sister, Eve, is no exception. She is unapologetically herself, and doesn’t let anyone stand in her way (I mean that literally, she would probably push someone if she needed to.)

She never fails to say exactly what’s on her mind, and she doesn’t give a thought to how other people perceive her because she doesn’t care. She inspires me to care less about what people think of me, and I think that’s a concept that most people are still trying to grasp, even into their adult years. 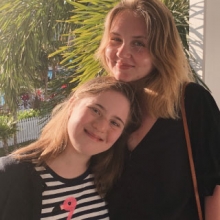 It is blatantly obvious to anyone that meets Eve that she is full of love. She hugs everyone she meets; she can have conversations with anyone about anything.

There is so much genuine joy and love in her heart, and I am so grateful to know her, let alone have her as a sister. She doesn’t have a hateful bone in her body, and she treats everyone with an equal amount of respect.

Sure, she can be sassy from time to time (she calls herself “the fashion diva” of our family), but she certainly doesn’t have room for negativity or hate in her heart. Humans could learn a thing or two from her.

Eve is a hard worker. She doesn’t slack off or give up when she makes a goal for herself. She is determined to always do the best she can.

Despite the health challenges she sometimes faces, she powers through. She doesn’t let her failures affect her; she lets them go and tries harder the next time.

She is exceptionally motivated and organized, and she doesn’t need all of that “self-care” [stuff] that most people need. I am wholly inspired by her determination and positive outlook on life, and I always know that I can turn to her for encouragement when I’m at my lowest points.

My sister, though she is four years younger than me, is a role model to me. 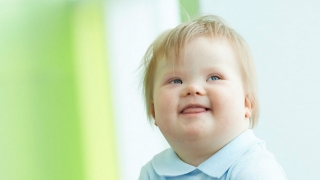 Breakthroughs happen every day for 1-year-old Aidan, a smart and happy baby who has Down syndrome. 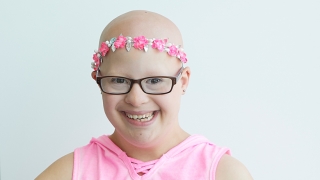