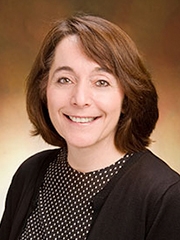 Susan L. Furth, MD, PhD, Chief of the Division of Nephrology and Vice Chair of the Department of Pediatrics at Children’s Hospital of Philadelphia (CHOP), was recently nominated for membership in the Association of American Physicians and Surgeons (AAPS), a nonprofit, professional organization founded in 1885 for the advancement of scientific and practical medicine. Association members are leading senior physician scientists who are pursuing medical knowledge and advancing basic and clinical science through experimentation and discovery and application to clinical medicine. Each year, individuals who have attained excellence in achieving these goals are recognized by nomination for membership by the Council for the association.

Selection to membership in the AAPS is an indication of the pre‐eminence and the highest caliber of physician‐led science accomplishments and scientific leadership. An AAPS member has led through innovative science whose goal is to improve health and medical care, in a sustained and impactful trajectory of transformational contributions, and/or has established a groundbreaking field or field(s) that transforms the care of patients or the opportunity to build a patient’s health. Common characteristics among all nominees include innovation, impact and enduring contributions. Membership in AAPS affords those elected recognition of stature and accomplishments and participation in an annual meeting of the full breadth of the pinnacle of physician science accomplishments.

Dr. Furth is Professor of Pediatrics and Epidemiology and holds the Laffey-Connolly Endowed Chair at the University of Pennsylvania’s Perelman School of Medicine. She is past president of the Society for Pediatric Research, and was named in 2017 to the Johns Hopkins Society of Scholars.

Dr. Furth received her MD from the University of Pennsylvania before doing her internship, residency and fellowship at Johns Hopkins Hospital in Baltimore. She earned her PhD (clinical investigation) from the Bloomberg School of Hygiene and Public Health at Hopkins in 1999, earning research awards from the American Society of Transplantation and the Johns Hopkins Comprehensive Transplant Center. Following fellowship, she joined the faculty at Johns Hopkins where she rose through the ranks to become a Professor status before being recruited in 2010 as Division Chief to Children’s Hospital of Philadelphia.

Dr. Furth is the principal investigator of The Chronic Kidney Disease in Children Study, sponsored by the National Institutes of Health. Now in its 15th year, this is the largest study of children with chronic kidney disease ever conducted in North America. With more than 1,000 children enrolled, the goal is to define risk factors for kidney disease progression in children and characterize the effect of kidney function decline on other aspects of child development. She is also the principal investigator of the Pediatric Center of Excellence in Nephrology Award recently given to CHOP to promote clinical trials in children with kidney disease.