Two physician-scientists at CHOP collaborated in research that proposes potential methods to avoid future infertility in boys who undergo treatment with chemotherapy and radiation for childhood cancer. 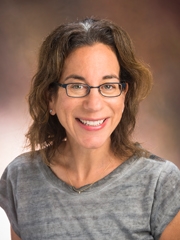 Jill Ginsberg, MD Pediatric oncologist Jill Ginsberg, MD, and pediatric urologist Thomas Kolon, MD, are co-authors of a research paper published Oct. 22 in Nature Communications. The leader of the study team was Sandra Ryeom, PhD, an expert in cancer research from the Perelman School of Medicine at the University of Pennsylvania.

Many boys who currently receive cancer treatment before puberty are left infertile when chemotherapy and radiation kill immature stem cells destined to become mature sperm. These patients currently do not have options for preserving their future fertility. “We have never had any fertility preservation options for prepubescent boys, said Ginsberg, who directs CHOP’s Cancer Survivorship Program. These findings are a great first step forward for our youngest patients.”

Ginsberg and Kolon have participated in experimental efforts at CHOP in which researchers take a small biopsy from a child’s testis before cancer treatment, and store the tissue in case it might be useful in the future as scientific knowledge advances. Scientists have had difficulty trying to grow and expand the immature sperm-producing stem cells (SSCs) in this tissue to generate sufficient numbers to reinject back into a patient following cancer treatment.

The current study may open the door to new options in fertility preservation. Using human SSCs and animal models, the research team found that endothelial cells from the testes provide an environment that allows human SSCs to expand. They also identified growth factors from the endothelial cells that allow SSCs to survive long term in cell cultures. Testing those findings in infertile male mice, the researchers enabled those mice to produce sperm and father offspring. 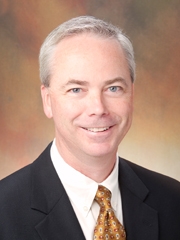 Thomas Kolon, MD “Our previous research revealed a critical role for future fertility played by specific stem cells called adult dark spermatogonia,” said Kolon, who holds the Howard Snyder III, MD Chair in Pediatric Urology. “Dr. Ryeom’s work has now further identified the necessary milieu for survival of germ cells that may allow us to transplant these cells back to patients in the future.”

Next steps for the research team will be to investigate whether they can translate their animal findings into treatments for patients.

For more about this work, see this press release from Penn Medicine.