RNA editing is critical in brain development, and pinpointing this variant may lead to precision medicine developments for epilepsy in certain patients. 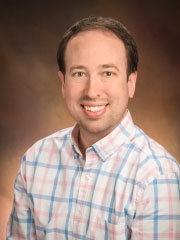 An international team of researchers, including members of the Epilepsy Neurogenetics Initiative (ENGIN) at Children’s Hospital of Philadelphia (CHOP), have demonstrated how critical RNA editing is in brain development and how pathogenic variants in an RNA editing enzyme causes epilepsy, intellectual disability, and microcephaly in certain patients. The study was published online in the American Journal of Human Genetics.

Prior to this study, researchers knew that the RNA editing enzyme ADAR2 is essential for proper brain development, and a mouse model had shown that impaired editing by ADAR2 can lead to early-onset epilepsy and premature death. The most important editing target of ADAR2 is GRIA2, an essential component of the AMPA receptor, which plays a critical role in the transmission of signals through the central nervous system.

In this study, the researchers looked at four unrelated individuals with microcephaly, intellectual disability, and epilepsy. The researchers identified multiple pathogenic variants in the ADARB1 gene, which encodes for the ADAR2 enzyme, that were associated with decreased functioning of ADAR2. This leads to epilepsy due to overactive AMPA receptors. With this knowledge, the researchers believe it could provide them with a valuable target for treatment.

"This study is important because it identifies ADARB1 as a new gene that causes early-onset, severe epilepsy in humans," said Mark Fitzgerald, MD, PhD, an epileptologist in the Division of Neurology at CHOP and a neurogeneticist in ENGIN. “Because ADARB1 dysfunction leads to overactive AMPA receptors, we are hopeful that AMPA receptor-blocking medications like perampanel might offer a precision-medicine therapy for treating the epilepsy in these patients."