Published on Jan 24, 2020 in Endocrinology and Diabetes Update 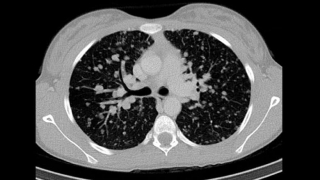 2017 – pre Lenvatinib When S.G. was diagnosed with papillary thyroid cancer (PTC), diffuse sclerosing variant, at age 12, she hoped to be among the majority of pediatric cases where resection of the thyroid tumor followed by one treatment of radioactive iodine is all that’s needed to achieve remission. Unfortunately, that is not the path that S.G. and her family have journeyed since her diagnosis 6 years ago.

S.G. was diagnosed when an astute primary care provider noted that her thyroid was enlarged during evaluation for a sore throat. Several of S.G.’s friends had recently been diagnosed with strep throat. The evaluation for strep was negative, and S.G. was referred to the Pediatric Thyroid Center at Children’s Hospital of Philadelphia (CHOP) for further evaluation.

During her initial visit, the ultrasound images were consistent with invasive thyroid cancer. S.G. subsequently underwent fine needle aspiration to confirm the diagnosis and for pre-operative planning in regard to the extent of the lymph node dissection. S.G. was subsequently referred for a total thyroidectomy with bilateral central and lateral neck dissections to remove the tumor. Approximately six weeks after surgery, the radioactive iodine (RAI) whole-body scan revealed the thyroid cancer had also spread to S.G.’s lungs. S.G. received her first dose of RAI (I-131) the next day.

A CT scan 10 months after RAI treatment showed persistent local, neck disease as well as progressing pulmonary metastasis. A neck biopsy followed by repeat lateral dissection was performed in an effort to remove surgically accessible disease to optimize the second RAI treatment of her growing lung metastasis. Another round of RAI, raising the total cumulative dose to 180mCi, a year after her first round, was administered. Unfortunately, while the PTC in S.G.’s lungs absorbed the RAI, her lung metastasis continued to grow in number and in size, placing her disease within the category of patients with radioactive iodine-refractory (RAIR) disease who require more advanced approaches to treatment.

At CHOP’s Pediatric Thyroid Center, of the more than 350 patients with thyroid cancer we’ve treated since launching the center a decade ago, approximately 10 patients have fallen into this refractory-to-standard treatment category.

Starting in 2017, we’ve been happy to be able to tell patients like S.G. and their families we now have effective treatments to help them. In collaboration with the Hospital at the University of Pennsylvania (HUP), CHOP opened the Advanced Pediatric Thyroid Cancer Therapeutics Clinic—the first clinic of its kind in the country. It is co-directed by Andrew Bauer, MD, medical director of CHOP’s Pediatric Thyroid Center, and Marcia Brose, MD, PhD, an adult oncologist specializing in advanced thyroid cancer at HUP and the director of the Thyroid Cancer Therapeutics program at the Abramson Cancer Center and the Center for Rare Cancers and Personalized Therapy.

“While refractory thyroid cancer has consistently been the target of adult trials for new treatments, few studies have concentrated on children, as is too often the case in pediatrics,” Bauer says. “Our clinic is striving to change that. The goal is not only to help pediatric patients like S.G., but provide evidence-based treatment guidelines for others to follow.” 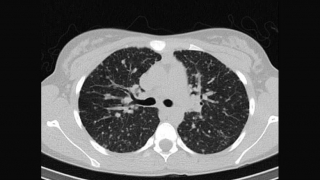 2019 – post Lenvatinib For S.G., chemotherapy treatment began with daily, oral lenvatinib (4 mg), a tyrosine kinase inhibitor that mostly targets the blood supply to the tumor, approximately 12 months after her second RAI. Her dose was increased to 10 mg daily after a month. Three months later, the dose was increased to 14 mg daily, where it has remained for the last 2 years. She also takes daily 112 mcg tablet of levothyroxine before breakfast. She is being closely followed has experienced no side effects from the chemotherapy.

At her most recent clinic appointment, in December 2019, S.G.’s CT shows marked decrease in size and number of pulmonary metastasis compared to prior to beginning chemotherapy. Her daily dose of lenvatinib is keeping her cancer in check and has actually caused the tumors to shrink.

To look at S.G., you would have no clue she is living with metastatic thyroid cancer. Throughout her treatment, she has continued to be active on her competition cheerleading squad. At 5-feet, 96 pounds, she’s a perfect “flyer,” and thrives being atop human pyramids, being tossed and caught by her squad mates, dancing and performing synchronized floor acrobatics across the stage.

She has been accepted at the University of Alabama, where she plans to try out for cheerleading. If you watch the Crimson Tide football games next fall, you might see her in action — thyroid cancer under control and not limiting her bright future.