Researchers from Children’s Hospital of Philadelphia (CHOP) found that White children were more likely to be referred for early intervention for developmental delays prior to developmental screening, while Black children were more likely to be referred after a positive developmental screen suggested the need. Given that later access to services for non-White children may increase the risk of long-term impairment in low-income or minority groups, these findings reinforce the need for better universal surveillance for developmental delays and increased access to early intervention. The study was recently published online in the Journal of Developmental and Behavioral Pediatrics.

Many studies have emphasized that early intervention can be critical for children with a range of developmental issues, consistently resulting in improved lifetime outcomes. However, prior research has also demonstrated disparities in early intervention, with children from minority and low-income backgrounds more likely to have a delayed or missed diagnosis. To determine the extent of these disparities, the study team examined racial, ethnic and sex differences in referral status after a positive developmental screen at 18 or 24 months. 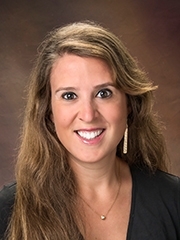 Kate Wallis, MD, MPH “We wanted to characterize which children were more likely to already be enrolled in early intervention, and which were referred only after the 18- or 24- month recommended screenings,” said first author Kate E. Wallis, MD, MPH, an attending physician in the Division of Developmental and Behavioral Pediatrics at CHOP, a member of the research team in the Center for Autism Research, and an instructor at PolicyLab. “By determining which groups might be experiencing critical delays in early intervention, we can develop appropriate recommendations for how to decrease those disparities.” 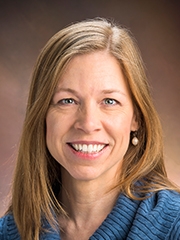 Judith Miller, PhD, MS “This study suggests that universal screening with a validated screening tool is a minimum critical step in helping reduce disparities in physician referrals for children with developmental concerns from non-White and lower-income backgrounds,” said senior author Judith S. Miller, PhD, a psychologist in the Department of Child and Adolescent Psychiatry and Behavioral Sciences and a senior scientist and training director in the Center for Autism Research at CHOP. “But this data also suggests there are opportunities to improve referrals even before the 18- and 24-month screenings.”

This work was supported by the Pediatric Research Consortium and the Summer Underrepresented Minority Medical Student Research Program at CHOP.