Teen drivers diagnosed with attention-deficit/hyperactivity disorder (ADHD) are significantly more likely to crash, be issued traffic and moving violations, and engage in risky driving behaviors than their peers without ADHD, according to a Children’s Hospital of Philadelphia (CHOP) study published today in the journal Pediatrics.

The multidisciplinary team of researchers from CHOP’s Center for Injury Research and Prevention and Center for Management of ADHD analyzed detailed crash and traffic violation records for newly licensed drivers to conduct the first large-scale longitudinal study on this topic.

By highlighting the specific types of crashes and traffic violations, this study identifies risky driving behaviors that those with ADHD may be more likely to engage in, such as driving while intoxicated, not wearing a seat belt, and speeding. Because these behaviors are amenable to change, these findings suggest that clinicians and families can work with this at-risk group of teens to practice safe driving behaviors and potentially reduce their crash risk.

“What this study suggests is that we have to go beyond current recommendations of medication and delaying the age of getting licensed to decrease crash risk for teens with ADHD,” said Allison E. Curry, PhD, MPH, lead author of the study and a Senior Scientist and Director of Epidemiology and Biostatistics at the Center for Injury Research and Prevention at CHOP and an Assistant Professor of Pediatrics at the Perelman School of Medicine at the University of Pennsylvania. “Their higher rate of citations suggest that risky driving behaviors may account for why they crash more. More research is needed to objectively measure if and how these behaviors specifically contribute to crash risk.”

According to the Centers for Disease Control and Prevention (CDC), an estimated 6.1 million children ages 2 to 17 living in the United States have been diagnosed with ADHD. Many of these youth with ADHD are potential drivers, and safe transportation is a growing concern. Evidence-based guidance to clinicians and families is urgently needed to protect these drivers, as well as others on the road.

For the retrospective study, researchers reviewed the records of 14,936 adolescents who were patients at six CHOP Primary Care practices in New Jersey and had obtained an intermediate driver’s license between January 2004 and December 2014. The study team linked the adolescents’ electronic health data with New Jersey driver licensing records, traffic violations, and police-reported crash data. Within this group, the researchers identified 1,769 adolescents with childhood-diagnosed ADHD who obtained an intermediate driver’s license during the study period, and compared their crash outcomes with those of the drivers without ADHD.

Although crash risk is elevated for all newly licensed drivers, the study team found it is 62% higher for those with ADHD the first month after getting licensed, and 37% higher during the first four years after licensure, regardless of their age when licensed. Drivers with ADHD also experienced higher rates of specific crash types, including driving with passengers, at-fault-, single vehicle-, injury- and alcohol-related crashes, the last risk being 109% higher than those without ADHD.

“We need additional research to understand the specific mechanisms by which ADHD symptoms influence crash risk so that we can develop skills training and behavioral interventions to reduce the risk for newly licensed drivers with ADHD,” said Thomas J. Power, PhD, ABPP, study co-author and Director of the Center for Management of ADHD at CHOP. “There’s not enough research currently being conducted on older adolescents and young adults with ADHD, particularly studies focused on promoting safe driving behavior.” 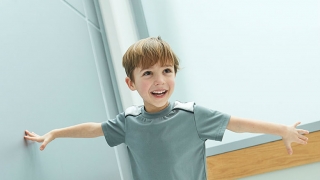 Our specialists have years of experience assessing and providing comprehensive care for patients with ADHD. 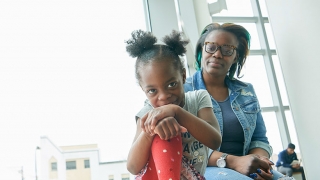 Your child's evaluation will include a comprehensive assessment of ADHD and screening for other emotional, behavioral and medical conditions.