An international clinical trial testing an antihypertensive drug in patients with hypertrophic cardiomyopathy (HCM) found the drug improves the condition for patients with early-stage disease, according to a new study published in Nature Medicine. The study, for which Children’s Hospital of Philadelphia (CHOP) was a trial site, examined the use of valsartan, an angiotensin II receptor blocker (ARB) that is currently used to treat high blood pressure and heart failure.

HCM is a genetic heart muscle disorder that causes the walls of the left ventricle to become abnormally thick. These thickened walls become stiff, reducing the amount of blood the heart takes in and pumps out. Patients with HCM are at increased risk of sudden cardiac death, atrial fibrillation, and heart failure. The disease is also progressive, with the disease burden increasing over the course of a patient’s lifetime. Thus, researchers have been interested in slowing the progression or preventing the emergence of the disease.

The Valsartan for Attenuating Disease Evolution in Early Sarcomeric Hypertrophic Cardiomyopathy (VANISH) Trial was designed to assess the efficacy and safety of the ARB valsartan in individuals with early stage HCM, based on young age and absence of severe LVH or limiting symptoms. Researchers randomized 178 participants into a drug or placebo group and followed them from April 2014 until May 2017; the trial was run 17 sites in four countries, and the average participant age was 23. 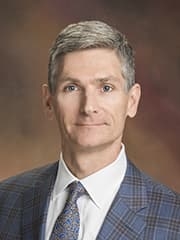 Joseph Rossano, MD, MS Compared to placebo, the researchers found that valsartan improved cardiac structure and function, with the largest effects on tissue Doppler diastolic velocity, left ventricle end diastolic volume, and pro-B-type natriuretic protein (NTproBNP) levels. Those measures were stable or improved over two years of treatment with valsartan, whereas they significantly worsened in the placebo group. The drug was also safe and well-tolerated by patients.

“These findings suggest an important opportunity to slow disease progression in patients with HCM using a widely-available and well-tolerated drug that is well-known to the cardiology community,” said study co-author Joseph Rossano, MD, MS, Co-Director of the Cardiac Center and Chief of the Division of Cardiology at Children’s Hospital of Philadelphia.

Learn more about this research here.