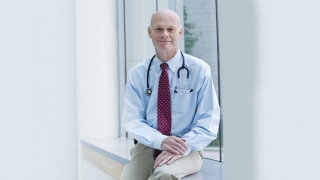 Whooping cough, or pertussis, is a highly contagious infection of the respiratory system. It causes severe coughing spells, which can often end in a “whooping” sound, hence the name.

Whooping cough once killed about 9,000 people in the United States each year. But in the 1940s, a vaccine was developed and the annual number of deaths declined to fewer than 20.

But over the past two decades, whooping cough has had a resurgence. In 2012, there were nearly 50,000 U.S. cases of whooping cough, the highest number since the vaccine’s introduction. I asked Kristen Feemster, MD, MPH, MSHPR, Director of Research for our Vaccine Education Center, to weigh in on the reasons for whooping cough’s return and prevention measures.

According to Dr. Feemster, the increase is due in part to the switch in the 1990s from a whole-cell vaccine to one with fewer side effects. A 2012 article in The New England Journal of Medicine reported that the immune response to the new vaccine wanes after a few years, leaving people susceptible to infection.

But those most harmed by whooping cough are infants under 1 year of age, because they have not received all doses of the full vaccine. Of infants who contract whooping cough, three out of four under the age of 6 months develop complications like pneumonia or seizures, and about one of every 100 under age 1 dies.

As a result, the Advisory Committee on Immunization Practices now recommends a cocooning approach to protect young infants: making sure everyone who has contact with infants is immunized, including relatives and out-of-home caregivers. The committee also recommends that all pregnant women be vaccinated. When this happens, the protection is twofold. First, the mother develops antibodies to whooping cough, decreasing her chance of getting the disease and giving it to the baby. Second, she passes antibodies to the baby before birth, across the placenta, and after birth, through breast milk, creating protection until the infant is old enough to be vaccinated.

Bottom line is we have a vaccine that can provide protection, but the durability of immunity is limited,” says Feemster. “It’s not a perfect vaccine, but it is the best prevention tool we have. The most important thing to do is follow current recommendations, which give us our best chance to prevent transmission and provide protection for those who need it most.