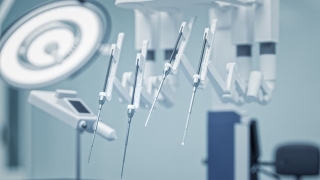 Prescription opioids account for more than half of opioid overdose deaths in children1, and are the most common source for opioid misuse in adolescents2. As part of a Divisional initiative to critically assess our opioid prescribing patterns, and in conjunction with our hospital’s Center for Healthcare Quality and Analytics, we performed an analysis of our multimodal pain management protocol for patients undergoing urologic reconstruction. This work was developed as an extension of our previous work designed to decrease opioid usage for ambulatory urologic procedures which was previously published.

We implemented a similar multimodal pain strategy focusing on preoperative education; standardization of postoperative order sets was developed for patients undergoing more invasive, common urologic reconstructive procedures. The goal of this initiative was to standardize our opioid usage and decrease unnecessary exposures.

This study examined 438 patients who underwent open or robotic pyeloplasty or ureteral reimplantation between 2015 and 2019, evaluating intraoperative and postoperative opioid and non-steroid anti-inflammatory drug (NSAID) administration, as well as incidences of postoperative complications, and unplanned encounters within 30 days of surgery (e.g., emergency department visits, unplanned urology office visits, and readmissions).

During the study period there was a decrease in annual rates of inpatient opioid administration from 83% in 2015 to 46.7% in 2019. We noted a similar reduction in discharge prescription rates from 63.8% in 2015 to 0% in 2019. During this period, rates of intraoperative, postoperative, and NSAIDs at discharge significantly increased. This decrease in opioid exposure and increased NSAID exposure was not associated with a change in the incidence of postoperative complications and unplanned encounters within 30 days of surgery.

In conclusion, emphasizing a transition in perioperative pain management toward non-opioid multimodal regimens utilizing NSAIDs for common urological reconstructive procedures is not only feasible and safe, but also may confer an advantage over the use of opiates.