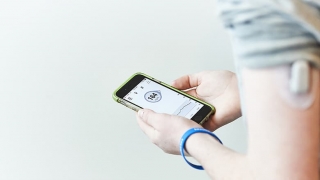 Continuous glucose monitoring (CGM) tracks glucose levels of people with type I or type II diabetes through a device that monitors levels throughout the day. These devices improve control of blood sugar levels by alerting patients when their levels go too high or low, but patients need to use the technology consistently to derive a benefit. Previous studies have shown that youth are less likely than adults to use CGM consistently, so there is a need to identify factors that lead to long-term CGM use in youth.

In a new study published in Diabetes Care, researchers at Children’s Hospital of Philadelphia (CHOP) have found that youth who are involved with the decision to start CGM are more likely to continue using the monitoring technology more than two months after starting. The findings suggest that children and adolescents who do not have a role in the decision are less likely to be satisfied with the device and use the device consistently.

“To maximize the clinical benefits of CGM, our results suggest that providers should involve youth in the decision-making process from the beginning, eliciting their opinions, concerns, and questions about the device and providing information about the device directly to them,” said Victoria A. Miller, PhD, a psychologist in the Craig-Dalsimer Division of Adolescent Medicine at CHOP. “Parents also have a role to play, and providers can encourage parents to engage their children in conversations about the decision to start CGM without dominating the discussion, which may increase the likelihood that they are in agreement about waiting or proceeding.”

The authors noted a few limitations to their study, including the fact that the sample population was primarily non-Hispanic white and parent participants were mostly mothers. The study also only used one CGM brand. As such, the findings may not be generalizable to more diverse populations, father-child pairs, or families who choose different CGM brands. Additionally, those who participated in the study may have been, by their willingness to participate, more open to talking about diabetes, so the results may not apply to those who are more reticent to talk about diabetes or who are overwhelmed with managing their condition.

“Additional research is needed to develop strategies that enhance children’s involvement in the decision about CGM, prevent declines in CGM use over time, and maximize the clinical benefits that can be obtained by appropriate use of CGM and other emerging technologies for diabetes management,” Miller said. “Such research should also target more diverse samples to examine the extent to which sociodemographic factors, such as race, ethnicity, and socioeconomic status, impact CGM uptake and use.”