A left unilateral complete cleft lip is repaired with the Mohler technique, which employs rotation advancement principles to guide repair.

This tutorial for medical professionals was developed to supplement learning of a common surgical technique and is not intended to replace formal surgical training.

This slideshow is primarily intended for use on tablets or larger screens. Some detail might be lost on mobile screens. 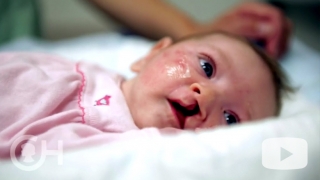