As a year-round competitive athlete, aches and pains were fairly common for 16-year-old Angeline Mays. So when her hip began to hurt during field hockey practice in her freshman year of high school, she didn’t think much of it. And the pain went away — for a while.

A year later, the pain returned; and this time, she felt it in both hips.

“Some days, the pain was stabbing. Other days, it was just a dull ache. Sometimes I’d be walking or running and my hip would just lock up,” Angeline says.

No matter what stretches or over-the-counter medications she tried, the pain wouldn’t go away. “It was just constant,” Angeline says. “And I didn’t know what was causing it.” 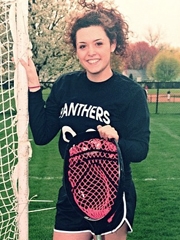 Angeline talked to her parents. Together, they went to see orthopedic doctors near their home in Harrisburg, PA, and later in Hershey, PA. Initial testing showed Angeline had tendonitis, swelling and inflammation in the tendons around her hip. A later MRI produced more detailed images of her hip socket and surrounding bones and tissues.

With a diagnosis, Angeline and her family sought answers about treatment. And that’s when they hit an obstacle.

Doctors in Harrisburg and Hershey said they didn’t have the experience or expertise to treat a teenager with acetabular dysplasia. Instead, she was referred to CHOP orthopedist Wudbhav N. Sankar, MD, a nationally-known expert in hip disorders in teens and young adults.

In February 2013, Angeline and her mother met with Dr. Sankar, director of CHOP’s Young Adult Hip Preservation Program. Dr. Sankar examined Angeline, reviewed her imaging results and discussed her symptoms with Angeline and her family. He confirmed the acetabular dysplasia diagnosis, and asked several questions to be sure that the pain was indeed coming from the shallowness of her hip socket.

They discussed possible treatment options, including periacetabular osteotomy (PAO), a surgical procedure that would improve the coverage of her hip as well as preserve and enhance Angeline’s natural hip joint. PAO is often used in adult patients who are at increased risk of needing early artificial hip replacement. In younger patients — like Angeline — PAO can delay, and in some cases eliminate, the need for an artificial hip replacement later in life.

“Dr. Sankar said he believed the surgery would help me, but he didn’t want to proceed unless we were convinced it was the best option. It was a serious surgery,” Angeline said. “He left the decision up to us.”

As soon as Dr. Sankar left the room, Angeline burst into tears. “Mom, this is pain that I don’t want to feel for the rest of my life,” she told her mother. “If this even has a chance of helping, I want to do it.”

That day, Angeline decided she wanted surgery. Her family agreed it was the best option.

On April 11, 2013, Angeline came to CHOP for her surgery. Dr. Sankar reviewed the procedure with mother and daughter again, making sure they fully understood what would happen during the three-hour surgery, what to expect afterwards, and how long Angeline’s recovery would take.

Angeline was given an epidural and general anesthesia. Once she was properly sedated, Dr. Sankar began the delicate surgery to cut, rotate and reattach Angeline’s hip socket.

After surgery, Angeline remained in the Hospital for several days. Before she could be discharged, she had to learn to walk on crutches and get to the bathroom by herself. Her mom stayed with her in the Hospital the entire time, and her father and two brothers visited, too.

Once Angeline returned home, she had limited mobility for the first few weeks. She used crutches to get around her house and couldn’t put weight on her hip until the bones fully fused. Her teachers came in to tutor her, and she went out for physical therapy sessions.

After a month, Angeline returned to Central Dauphin East High School. She was still on crutches, but she could move around more. She continued physical therapy and by June, she no longer needed crutches.

Six months later, she was back playing competitive field hockey. And this time, there was no pain in her hips.

“It’s really amazing to see the difference today. I was in so much pain before the surgery and now my hip is fine,” Angeline says.

Today, Angeline is a senior in high school. She’s still playing sports, but she’s also planning for college. Her experience at CHOP helped confirm a career path she had already been considering: to become a pediatric nurse.

“I’ve thought about nursing for a while, but after spending time as a patient at CHOP, and watching the nurses in action, I know that’s what I want to do,” Angeline says. “I really want to work in a hospital where kids come first. I experienced that firsthand at CHOP.” 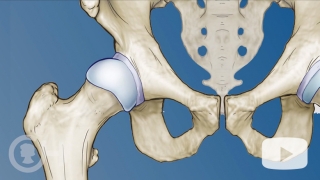