As a sophomore at Kingsway Regional High School, Justin Morrison was considered one of South Jersey’s top young athletes and one of its most promising football stars. The 5’11”, 185-pound all-purpose player was drawing early interest from college scouts when a knee injury in April 2012 put everything on hold. 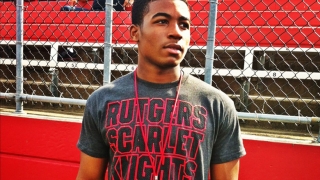 Justin was attending a scouting combine, a type of football camp designed to enhance players’ offensive and defensive skills on the field.

“I was running a pass, planted my feet and cut the other direction. That’s when I felt a ‘pop’ in my right knee,” says Justin, now 17. “I tried running it out but my knee just felt unstable.”

He talked to the camp trainer, who initially recommended Justin sit out for the rest of the day and ice his knee, which was rapidly swelling.

At first, Justin and his family suspected a meniscus tear. But when the swelling, pain and unsteadiness didn’t go away, the Morrisons sought advice from a pediatric sports medicine expert — Lawrence Wells, MD, at The Children’s Hospital of Philadelphia.

Dr. Wells examined Justin and ordered an MRI of his knee. The radiological images showed what Dr. Wells had suspected: Justin had torn both his meniscus and anterior cruciate ligament (ACL), two key components that help stabilize the knee and minimize stress on the leg’s articular cartilage.

“At first I was just really mad that I hurt myself so badly,” Justin says. “I thought I’d never get better.”

But Tonia Morrison notes that her son’s attitude changed as he continued talking with Dr. Wells.

“Justin and Dr. Wells connected immediately,” Tonia says. “Dr. Wells understood what Justin was going through and how devastating this injury was for a kid being recruited by colleges as a sophomore.”

“He was very sensitive to Justin’s feelings, but he was also realistic about how long recovery would take,” she adds. “Dr. Wells didn’t coddle Justin. He told him what things would be like for him after the surgery.”

Tonia and her husband, Rodney Morrison, felt comfortable with Dr. Wells and his proposed treatment plan for their son, but decided to seek other medical opinions just to be sure.

One doctor suggested putting a metal screw in Justin’s knee — a treatment that worried his parents. Another doctor planned to operate on Justin in a surgical center, not a hospital — again, that troubled the Morrisons.

“We came back to CHOP because it felt right,” Tonia says. “It was the best place for Justin to receive surgery and Dr. Wells offered us long-term follow-up and support.”

On May 2 — exactly one month and one day after Justin’s injury — Dr. Wells performed ACL reconstructive surgery on Justin’s right knee. The outpatient surgery was performed at CHOP’s Main Campus and Justin returned home to Swedesboro, N.J., to recover.

Justin’s recovery was slow but steady as he returned for regular appointments with Dr. Wells. For the first month, Justin had a brace on his knee and used crutches to keep weight off his right leg.

With limited mobility, Justin began losing muscle mass in his legs. Concerned, he talked to Dr. Wells, who suggested ongoing physical therapy (PT) to regain strength and flexibility in both legs.

“Dr. Wells was very motivating,” Justin says. “He helped me keep my head in the game and understand I had the power to affect my recovery in a positive way.”

For the next six months, Justin underwent extensive PT. Though he couldn’t play football during his junior year, he remained committed to his team and his goal of returning to the football field.

“I went to all of the games and practices and helped out where I could — running drills and stuff like that,” Justin says. “It was really tough sitting out and just watching the team when I wanted to be out there playing with them.”

By winter of his junior year, Justin’s PT was complete and he participated in both winter and spring track to regain his running speed — one of his standout qualities on the gridiron.

In summer 2013, he participated in a number of area football camps to demonstrate his recovery and growing skills for college scouts.

Back on the field

In August, all of Justin’s hard work paid off: He returned to Kingsway Dragons’ field for his senior year of high school football.

A versatile player, Justin took the field in all 11 of his team’s regular season games. Playing both offense (running back, wide receiver and slot back) and defense (cornerback and strong safety) allowed him to help his team end the season with a winning 8-3 record.

He’s busy sending prospect tapes to college football scouts and hopes to attend a school with a Division I football program. He also wants to continue his education and maintain the 3.8 GPA he earned in high school. He plans to study sports medicine.

“Ever since I was little I wanted to play football,” Justin says. “Dr. Wells gave me a second chance to do what I love and I’m going to take that as far as I can. One day, I hope to go pro.” 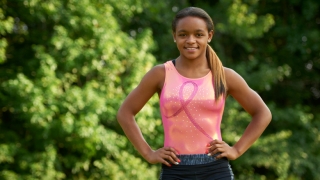 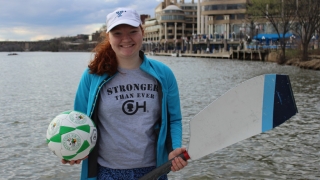 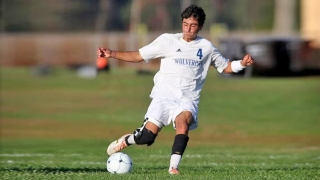