It was a frightening sight — for several weeks, 13-year-old Brett Jakubowski’s heart would sometimes begin to beat so powerfully and so quickly, that his parents could literally see it pounding out of his chest.

"We took him to the emergency room, but by the time we got there the episode was over," remembers Brett's father, Ron. "They thought it was growing pains."

Brett was sent home and referred to a local cardiologist, who examined him and performed an echocardiogram and electrocardiogram. Both appeared normal. Still, the episodes of arrhythmia, or irregular heartbeat, continued off and on for the next few months, usually occurring after recess or when Brett, an avid soccer player, was physically active.

But one afternoon, when Brett’s racing heartbeat still wouldn’t slow after several hours, Ron and his wife, Melissa, took him back to the emergency room near their home. This time, with Brett's heart rate nearing 300 beats per minute, the situation was far more serious.

"The next thing we knew, they were putting paddles on his chest," Ron remembers. "The doctor said it may not end well." Fortunately for Brett and his family, the ER physicians made a quick decision to transfer Brett to Children's Hospital of Philadelphia.

The search for a diagnosis

Once at CHOP, Brett was taken to the Cardiac Operative and Imaging Complex, where physicians have access to the highest-quality imaging and testing available — including several catheterization labs and high-resolution MRI — so they can pinpoint and diagnose even the rarest heart conditions.

That night, cardiologist Maully Shah, MD, and a team of specialists mapped Brett’s heart in the catheterization lab. That’s when they found the scarring that indicates arrhythmogenic right ventricle dysplasia (ARVD).

An arrhythmia is an irregular heartbeat, which is either too fast or too slow.

Also known as arrhythmogenic right ventricle cardiomyopathy (ARVC), ARVD/C is the leading cause of death among young athletes. For Brett, another episode may have led to cardiac arrest and could have been fatal.

This condition, though, is rarely seen in boys as young as Brett. "To have a full-blown diagnosis of ARVD/C at 13 is uncommon,” says Dr. Shah. “Of all the diagnoses we deal with, it is one of the rarest."

"All the findings were very subtle," says Dr. Shah. They were so subtle, in fact, that she sent all of Brett's tests to a colleague at another hospital for a second opinion before making a final diagnosis.

Because ARVD/C is genetic, Brett and his family also received genetic testing to confirm Dr. Shah's findings. Brett's father and sister are carriers, but Brett is the only member of the family who experiences symptoms of the disease.

"We had to fight the insurance companies to cover the testing, but it was vital," says Dr. Shah. "It allowed us to nail the diagnosis for Brett and his family members. Brett’s children, and his sister's children, will have to be monitored as well. It wasn’t just to save one life, but to save many."

Treating more than just the heart

Once the diagnosis was made, Dr. Shah discussed treatment options for Brett., Dr. Shah who is the director of CHOP’s Electrophysiology Program and her team determined that an implantable cardioverter defibrillator (ICD) would be the best option for Brett. Once surgically inserted, the ICD would deliver shocks to shock Brett's heart out of arrhythmia when it began beating rapidly. However, there was another part of Brett's treatment that was much harder to take – he wasn’t permitted to play sports.

"I played soccer all my life. It was a big thing," says Brett. He was working with a personal trainer to get in shape to join the varsity high school team that fall, but, he says, "Suddenly I had no sports. What was I going to do?"

Brett's health may have improved – but his spirits didn't. At his checkup after the first year, Dr. Shah noticed an extreme difference in his personality. "He came to the Hospital very depressed, uncommunicative. It was heartbreaking," she remembers.

At that point, she took a good look at Brett's file and his forlorn face. "I couldn't bear to see him like that. Taking away his lifestyle was doing more harm than his condition." Dr. Shah spoke to Brett’s family and, together, they came up with a solution: Brett's mother had the idea for Brett to use his stellar soccer skills to kick for his high school football team.

"I felt like my life was over," Brett remembers.

“But my doctors were so good. They worked with me to try to make my life as normal as possible.”

Brett earned a place on the Palmyra High School football team as a place kicker. While Brett kicked extra points and field goals, he didn’t run or put himself in a position to be tackled for fear of elevating his heart rate or damaging his ICD. Still, it was more than enough for Brett.

"They worked around his condition," says Brett's father. "He was out with a team, and he was happy."

"Dr. Shah is always looking out for Brett's interests,” says Ron. “Whatever she can do to help make his life easier, she will find a way to get it done."

"In many situations, he would have been barred from any activity. We could have told him, 'Nope, you're done. No more sports,'" says Dr. Shah. "But we worked with him, his family and his school to help him get his childhood back."

Nearly 7 years have passed since Brett’s life-saving procedure and today he’s a thriving young adult. Brett is currently a junior at Rowan University, where he studies in their Radio/TV/Film program.

While Brett monitors his physical activities, he pursues his interests and enjoys outdoor activities, particularly four wheeling.  “Every once in a while, it’s fun for all of us to go outside and play in the mud,” says Ron.

Brett has not experienced any further issues with his heart since his procedure. “It’s great to see Brett happy and watch him grow and succeed,” says Ron. 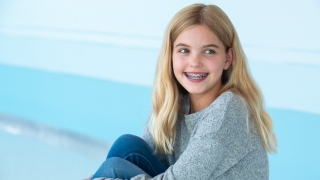