Kayla Storr had visions for an unforgettable spring semester of her senior year in high school. She’d just finished basketball season as her team’s all-star. She’d been accepted to Lancaster Bible College, where she planned to major in education. Prom was on the horizon, then graduation. 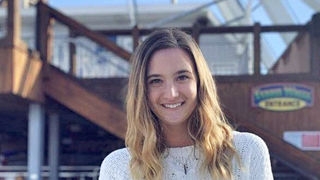 That spring was indeed unforgettable, but for a totally different reason. Then, an array of puzzling physical and behavioral symptoms interfered with school and family.

“When I look back on it, I can hardly believe it all happened,” says Kayla now.

After a great start to her senior year, things began to go haywire for Kayla in March 2016. It began with a lingering cold, but then her behavior started to change. She would get easily confused and even paranoid. She couldn’t focus, couldn’t sleep, and couldn’t sit still. She lost a lot of weight.

Her parents, Sara and Chris, were worried. “We didn’t know if it was mental or physical,” Sara says, “but something bad was going on. One doctor said we could send her to the psych ward in Atlantic City.”

Kayla remembers feeling out of control. “I could feel myself losing it, but I couldn’t do anything to stop it,” she says.

An initial MRI and blood tests didn’t reveal a reason for her symptoms, which got worse. “Day by day we could see her deteriorating,” Sara says. “She kept saying, ‘I’m just confused.’ She stopped eating altogether. Sometimes there were outbursts of yelling and cursing — which was not like her. Then there were times when she couldn’t even talk.”

They brought her to the Emergency Department at Children’s Hospital of Philadelphia (CHOP). Doctors suspected some sort of encephalitis (inflammation in the brain), admitted her to the neurology floor, and put her on intravenous steroids to reduce the swelling. After two weeks of extensive testing — EEGs, a spinal tap, rounds of blood tests — a definitive diagnosis still eluded her doctors, but neurologist Jessica Panzer, MD, PhD, strongly suspected autoimmune encephalitis. So they sent Kayla’s spinal fluid to Mayo Clinic, which uses a special algorithm to diagnose autoimmune encephalitis. A week later, the diagnosis was confirmed.

Autoimmune encephalitis is a rare condition that occurs when the body’s immune system mistakenly attacks the brain. One in 100,000 people will be diagnosed annually; about 40 percent of those are under 18. It causes inflammation and a range of complications.

Once they knew for certain what they were fighting, doctors from Neurology and Immunology at CHOP started Kayla on plasmapheresis, or plasma exchange. During plasmapheresis, her blood was removed. Then her blood cells were separated from the plasma, mixed with fresh plasma and returned to her body. Her plasma carried antibodies that were attacking her immune system, specifically in her brain.

She then began receiving intravenous immunoglobulin (IVIG) treatments to restore healthy, infection-fighting antibodies to her system.

Over the next few weeks, Sara and Chris saw their daughter return to a semblance of her pre-illness self. “She started to smile and show expressions at the appropriate times,” Chris says. “For several weeks, she hadn’t cared about her cell phone, and for a teenager, you know that meant she was really sick. We knew she was feeling better when she started to grab it and check in on friends and communicate with people.”

“When she looked at her friends’ social media feeds, she’d say, ‘I missed the senior prom. I missed the senior trip.’ I told her, ‘Yes, you did miss some things. But you’re alive.’” Studies show that 6 percent of autoimmune encephalitis patients die.

Kayla also had physical, occupational and speech-language therapy to retrain her muscles and brain to do some basic functions: Pick up utensils to feed herself, walk steadily, catch and throw a ball. “You’d ask her to tell you her name, and she’d say, ‘K, K, Ka, Ka, Kayla,’” Chris says. “At first, it would take her 15 seconds to get it out.”

Once she had improved more, Kayla was discharged so she could sleep at home in Galloway, NJ. Each day for another month, she returned to Philadelphia for full-day therapy. It was so taxing; that was all she could handle. She wasn’t able to attend a big fundraiser her school held for her or even have friends visit. “She couldn’t have too much stimulation,” Sara says. “She had rehab and rest. That was it.”

Even though she couldn’t attend school during the spring — with the help of CHOP’s Hospital School Program and understanding teachers — Kayla was able to graduate and attend her graduation, sitting with her family in the crowd and walking up at the end to get her diploma.

“While her recovery was slow, we held on to the positives,” Chris says. “She started gaining the weight back and was sleeping better. Her spunk was coming back.”

Rehabilitation near home in New Jersey

When Kayla achieved her goals in the Day Hospital Rehab Program, aspects of her care were transferred closer to home at CHOP’s Specialty Care Center in Mays Landing, NJ. There, she began working with Christine Sullivan, MS, CCC-SLP, a speech-language pathologist in the Center for Childhood Communication. Once or twice a week for several months, Sullivan guided Kayla through exercises that would help her respond to questions, find “missing” words, stay on topic, elaborate with details, and improve her memory.

“I just love Christine,” Kayla says. “She saw me at my worst, when speaking was definitely frustrating. I’d know a word in my head, but I couldn’t get it out. She worked with me for months, until I was almost back to normal.”

College was still on hold, so Kayla relearned how to drive and began working as a part-time nanny. She reconnected with friends, re-established her active social life, and reclaimed her “before” life.

She returned periodically to CHOP for IVIG treatments, which required overnight stays to watch for complications. The interval between IVIG sessions increased from three weeks to six months before her final treatment in January 2018.

“They told us autoimmune encephalitis never goes away completely,” Chris says, “but once you get past two or three years from onset, you’re less likely to relapse.”

“It might have been the cold she had, or it could have been some different virus even before that,” Chris says. “Her case was slow moving, which is why doctors thought it was psychological versus medical at the beginning. We may never know what caused it.”

It was only after Kayla was well on the road to recovery that doctors told the Storrs they could read the book Brain on Fire, by Susannah Cahalan, a New York Post reporter who wrote a memoir about the struggle to diagnose her autoimmune encephalitis. 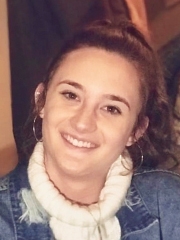 In fall 2018 — 2½ years after she first became sick — Kayla began her freshman year at Lancaster Bible College. “It felt surreal,” Kayla says. “I thought: Finally! I’m here. I’m where I want to be.”

She took 12 credits the first semester to allow herself to ease back into rigorous academics. Spring semester 2019, she’s shouldering a full load, “And I feel great,” she reports. “Some days I get more tired than others, but I’m used to it now.”

Her experience at CHOP caused her to shift majors. Kayla, now 20, had wanted to be a teacher, but now she’s studying to be a social worker, and one day would like to work at CHOP or another pediatric hospital.

“When I was sick, it was the hardest time in my life,” she says. “But I learned so much about myself, about my faith. It changed my perspective on life. Now I know that everything can be taken away from you, so you need to enjoy life every day."