From the very beginning, Lailani Tyler had to fight for her life. 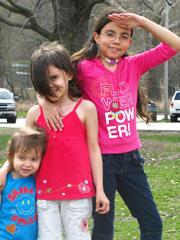 Born nearly four weeks premature, on June 19, 2001, in San Jose, CA, Lailani's early arrival was the result of placental abruption. The dangerous condition occurs when the placenta separates from the wall of the mother’s uterus before the baby is delivered.

The tiny baby’s heart stopped twice in the moments after she was born. After she was transferred to a local children’s hospital, doctors discovered three holes in Lailani’s lungs. She was intubated (a tube was placed in her trachea or “windpipe”) to help her breathe and put on ECMO (a form of life support that does the work of the heart and lungs).

Her parents, Monica and Kevin, were told that their baby might not survive.

Miraculously, Lailani pulled through. She was able to come off life support when she was 7 days old.

Working too hard to breathe

But after repeated attempts, it was clear that something was wrong. The baby was working too hard to breathe.

Doctors evaluated her airway, and soon after, she was diagnosed with bilateral vocal cord paralysis, a condition in which the vocal cords cannot move.

Lailani’s case was severe. The paralysis left her airway completely blocked. And being intubated so early in life had caused airway scarring that narrowed her trachea.

Doctors performed surgery to insert a tracheostomy (a tube placed through the neck into the trachea beneath the airway malformation) when she was 1 month old, so Lailani would be able to breathe without the help of a ventilator.

During the next few years, Lailani had three separate surgeries in an attempt to repair her vocal cords so she could breathe without the tracheostomy.

All three surgeries were unsuccessful, leaving Lailani’s voice increasingly raspy and difficult to understand and her parents disheartened about her chance for a full recovery.

They decided not to try again.

In 2007, when Lailani was 6 years old, the Tylers moved to Pennsylvania. At the suggestion of their doctor in California, they scheduled a visit with Ian N. Jacobs, MD, medical director of the Center for Pediatric Airway Disorders at The Children’s Hospital of Philadelphia.

“After meeting Lailani and evaluating her airway, I reviewed her history and the results of her past surgeries,” says Dr. Jacobs. “I was confident that a two-phase surgery, with more aggressive follow-up care, could lead to a better result.”

The Tylers were unsure about putting their daughter through another major procedure. Her voice was already damaged from so many surgeries, and the three failed attempts to correct her airway were still fresh in their minds. But after a year of deliberation over Dr. Jacobs’ suggestion, they decided to try one last time.

The first phase of the surgery was done in November 2009. Dr. Jacobs approached the opening of the vocal cords differently than Lailani’s previous surgeons had, placing a much larger graft between her vocal cords to push the paralyzed tissue apart.

After the surgery, he conducted frequent bronchoscopies, evaluating Lailani’s airway at one week, one month, three months and so on to ensure the graft stayed in place and the area was healing well.

When it was clear that the stenting was a success, Dr. Jacobs completed phase two: widening the area of the airway at her tracheostomy site which was narrowed due to her long-term tracheostomy. 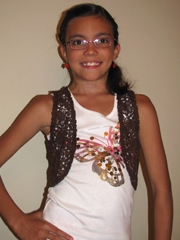 The day after Lailani’s second phase surgery was one the family will never forget.

On May 6, 2010, Monica Tyler walked into her daughter’s room at CHOP and was amazed to see Lailani without a trach for the first time in nearly nine years. She was breathing through her natural airway.

“Dr. Jacobs changed the course of our daughter’s life,” says Monica. “We thought Lailani might have to live with a trach forever. But he had the expertise to understand why the past surgeries had failed, and his confidence convinced us we should take a risk and try one more time.

"He was incredibly thorough, and did everything possible to identify anything that might impact her recovery," Monica says. "Dr. Jacobs and his team lovingly treated and cared for Lailani during every step of her care. That meant so much to me and my husband. We’ll be forever grateful.”

Lailani is now a healthy, active 11-year-old girl who loves riding her bike, going to the water park, doing arts and crafts, and reading.

When asked what she’d like to tell to Dr. Jacobs, she says, “’Thank you and I love you.’ That’s what I would say.”

Philanthropic gifts are vital to making breakthrough stories like Lailani's a reality. With your help, we can provide innovative care, pioneering treatments and lifesaving cures to more children — today, tomorrow, and for years to come.