Bronchopulmonary sequestration (BPS) was not a typical term in the vocabulary of first time parents-to-be Karen and Bryan Kelly of Hoboken, NJ. Not until Kelly's 20-week routine ultrasound revealed that their fetus had developed a cystic portion of abnormal lung tissue.

That's when they learned the rare condition — also called bronchopulmonary sequestration (BPS), a type of fetal lung lesion — involved lung tissue that is not connected to the bronchial airways. The 2 cm lesion, located on the lower right lobe of the fetus's lung, performed no respiratory function.

"We were so upset when we heard the diagnosis," Karen recalls. "We didn't know what to think. My obstetrician sent me to the head of neonatology at a local New Jersey hospital, and he suggested that we go to the Center for Fetal Diagnosis and Treatment at Children's Hospital." She recalls his exact words: "If it were my wife and unborn child, I would be going down to Children's for a consultation."

The appointment was made quickly, and five days later the Kellys were at Children's Hospital for additional tests. From the first contact with a receptionist, to meeting with the Fetal team, the experience was reassuring and positive, Karen says. "We were bowled over by the professionalism and the caring attitude. Everyone was on time; we didn't have to wait around to be seen. And everyone was so supportive."

The doctors were extremely reassuring, she adds. "They let us know this was definitely something they could fix."

In the weeks after the diagnosis, Karen was followed by ultrasound to make sure the baby's lung lesion wasn't growing. At that point, the abnormal mass was becoming proportionately smaller as the baby developed. If all continued to go well, Karen would be able to deliver at her local hospital and her baby would return to CHOP within a few weeks for BPS surgery to remove the abnormal tissue.

While at Children's Hospital, the Fetal team social worker showed the couple the Newborn/Infant Intensive Care Unit (N/IICU) where the baby would be cared for after the surgery. "We also were able to talk to another family from Michigan whose 3-day-old had the same condition. Although this baby had a more severe case, he was thriving and was discharged within a few days," Karen recalls.

On Aug. 18, 2005, Karen had an uncomplicated C-section as a result of breech presentation. Luke was born weighing a healthy 7 lbs., 8 oz.

At 6 weeks of age, the Kelly family returned to Philadelphia for surgery to remove Luke's lung lesion. "Of course we were nervous, but the medical staff was so reassuring. We were given updates throughout the procedure. As soon as Luke came out of surgery, we were able to go with him to the N/IICU."

Luke did well after surgery to remove his BPS and was released in five days. "The nurses in the N/IICU were phenomenal. They would answer any question immediately, and were very responsive to our son."

Six months after the surgery, Luke's lungs were the same size, and he was doing everything any other curious 8-month-old would do: laughing at peek-a-boo, pulling himself up to a standing position and beginning the attempt to crawl.

"Despite the scary diagnosis at 20 weeks gestation," Karen says, "we are blessed with a perfectly healthy, happy and active little boy."

"When you go through something like this, you are forever grateful to the wonderful man and the team who fixed your son," says Karen. "But the best words I heard were: 'Luke is doing great. Go home; we don't need to see you again." 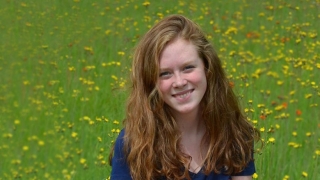