Ten years ago, when Sharon and John learned that their son, Johnny, had cancer, it sent them into what John calls “about as dark a place as you’ll ever be as a parent.” Over the following years, Johnny experienced relapse after relapse, and he underwent chemotherapy and then multiple rounds of CAR T-cell therapy. Now, the family is cautiously optimistic that the cancer will stay away for good. 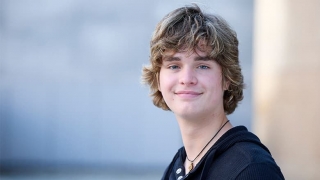 When Johnny was 8, in April 2012, the family was on vacation in Aruba when Johnny began complaining of being tired. “He was always vibrant, athletic and outgoing,” says John. “But he was struggling in the pool.” When the family was back home in North Carolina, the suspicion that something was wrong grew: Johnny was at try-outs for a baseball team, and although he had practiced diligently in the hopes of earning a spot, he didn’t want to participate that day. “He said to me, ‘I think I should go to the doctor,’” John recalls. “He hated going to the doctor because he associated it with needles. So that was incredibly odd.”

Their family doctor ordered blood work and was concerned by the results, so she suggested seeing a pediatric oncologist. “Well, that can’t be right,” John thought at the time. “I know what they do.” At the children’s hospital near the family’s home, a bone marrow aspiration confirmed the devastating diagnosis: Johnny had B-cell acute lymphoblastic leukemia.

“They started tell us all these things, and I didn’t hear a word they were saying,” says John.

Johnny, now 18, doesn’t remember much from that time: “I remember being confused, and wondering why my parents were crying, because I’d never seen them do that.”

Acute lymphoblastic leukemia (ALL) is the most common form of childhood cancer, and the majority of patients respond well to the standard treatment plan of two to three years of chemotherapy. “They called it the garden-variety type of cancer,” says John.

Johnny underwent the standard course of chemotherapy, but soon after he relapsed. More intense chemotherapy followed, but during this treatment course he developed a severe fungal infection that temporarily halted the chemo. Several months after that, he relapsed again. Chemotherapy again got him back into remission, and he started high school in person, after years of home-based learning. But after about one month of school, he relapsed again. “We were in a very dark place,” says John.

Around the same time as Johnny’s initial diagnosis, in spring 2012, the Cancer Immunotherapy team at Children's Hospital of Philadelphia (CHOP) opened the first clinical trial for a brand-new way to treat cancer, called CAR T-cell therapy. This revolutionary approach re-engineers a patient’s immune system T cells so they can recognize and destroy cancer cells. CHOP was the first to use CAR T-cell therapy for a child with acute lymphoblastic leukemia, Emily Whitehead. It sent her cancer into remission, and she remains cancer free today. After five years of clinical trials led by CHOP, in 2017 CAR T immunotherapy was approved by the Food & Drug Administration for use in children and young adults with ALL.

‘CHOP has the most history with it’ 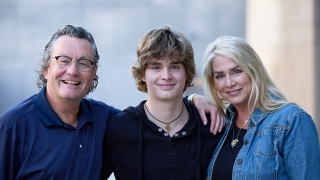 As for Johnny, in 2018 he was in the hospital and headed for the next traditional therapy option, a bone marrow transplant. “One day a nurse walks in his room and says, ‘Have you thought about CAR T?’” says John. “I didn’t know what she was saying — something like carty?” The family set out to learn what they could about the new therapy, and when they asked the doctors at the hospital about it, the response was, “Go to CHOP. They have the most history with it.”

And at CHOP, researchers were building on that experience and already advancing the field of cell therapy. When the FDA-approved version of CAR T became available, the CHOP team was preparing clinical trials for a modified version of CAR T, with the goal of even higher effectiveness in keeping patients with ALL cancer free in the long term. This would prove important for Johnny. The family came to CHOP, where Johnny received the FDA-approved product. He achieved a deep remission for more than eight months, but did have premature loss of the re-engineered CAR T cells. He then enrolled in a clinical trial of the modified CAR T cell product, received an initial infusion of product as well as a re-infusion to improve persistence of the re-engineered T cells. Since then, he has remained in remission.

Today, Johnny is making plans to go to college, and his parents are reflective about the journey the family has been through. “What we’ve learned is that life has a million twists and turns,” says John.

“We’ve gone through many heartwarming and heartbreaking times. We’re optimistic about the future. And we owe his life to the CAR T team. What words do you use to the people who saved your son’s life?” 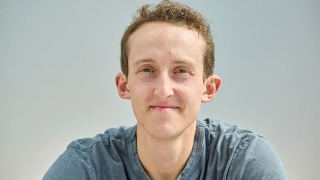 A Tough Cancer, Wiped Out by CAR T

After Daniel’s leukemia came back five times, he came to CHOP for an experimental treatment. Now he’s cancer-free. 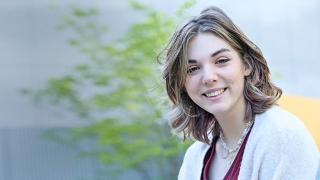 The first child to receive revolutionary