I’ll never forget the day. I had gone to the hospital early that morning to be with my newborn daughter, Avery. 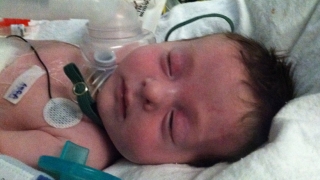 My wife, Randee, took my spot at home to spend time with our older daughter, Jillian.

I was looking forward to a little one-on-one time with Avery, just 1 week old at the time, because I just didn't get a lot of it. Avery was born with breathing issues, and she spent almost all of her time hooked up to machines in the Newborn Intensive Care Unit at our local hospital.

Never in a million years would I have expected to hear what her doctors told me that day. They called it CHARGE syndrome, a series of rare genetic birth defects that included bilateral choanal atresia. As if that wasn't enough, they told me Avery might be blind.

You would think hearing this terrifying news was the hard part. But it wasn't.

Telling my wife was.

After a lot of difficult days and nights digesting the news and trying to learn more about her condition, we decided we just had to do everything in our power to get Avery the best care possible.

We had no idea where to take her, and then someone told us about The Children’s Hospital of Philadelphia (CHOP). If I could go back in time and hug that person, I would never let her go.

In no uncertain terms, CHOP gave our daughter a chance that she wouldn't have had elsewhere. The doctors, nurses and staff at CHOP welcomed us with open arms from the day we arrived. We felt like the richest family in the world with the amount of attention we were getting.

For the first time since learning about Avery's condition, Steven E. Sobol, MD, and his team, who we met during our first visit to CHOP in December of 2011, made us feel like Avery was right where she needed to be and that everything was going to work out.

It was such an amazing sense of relief for us, and an overwhelming feeling of hope for Avery’s future. She was going to be OK. She was at CHOP.

Giving Avery her voice back

With each visit to the Hospital, the news got better and better. In April of 2012, Dr. Sobol conducted an endoscopy and bronchoscopy, two tests we were very worried about. But Avery checked out OK; actually better than OK, according to Dr. Sobol.

In June 2012, doctors replaced her tracheostomy tube (a tube placed through the neck into the trachea beneath the airway malformation) that had been put in place before Avery had arrived at CHOP with a smaller one. This lessened her secretions and made it easier for her to breathe.

That was the same day they gave us a Passey-Muir speaking valve to use.

Talk about emotions. That little piece of plastic gave us something money couldn't buy: We were able to hear Avery's voice again. A sweet, breathtaking sound we hadn't heard since she was born.

But the good news didn’t end there. In August of 2012, Dr. Sobol conducted a hearing test, which Avery passed with flying colors.

From fear to joy 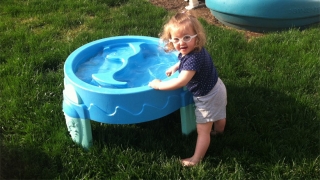 Then came the big procedure, bilateral choanal atresia repair. Avery had undergone this surgery three times at her previous hospital, with little to no improvement each time. So to say we were very nervous would be an understatement. On Nov. 26, 2012, Dr. Sobol conducted the repair.

Our fears were quickly turned to overwhelming feelings of joy.

Dr. Sobol informed us that the surgery was a success, and that Avery did extremely well. So well, in fact, that he stressed how important it was for Avery to have her tracheostomy tube removed (called decannulation) as soon as possible.

We were beside ourselves with the news. What we were expecting and what we got were two vastly different things. But, once again, we couldn’t have been happier with the results.

Immediately following that surgery, she was able to start wearing a cap on her tracheostomy tube and breathe through her nose and mouth. It was the last step before the miracle we’d been waiting for. Avery’s tracheostomy tube was removed on Jan. 19, 2013.

Future is bright for Avery

In just over a year we went from wondering what kind of life Avery was going to have, to finally believing that she would be able to do whatever she wants. And that's a testament to the wonderful people at CHOP.

None of this would be possible had it not been for their guidance, their understanding, and most importantly, their care for our little miracle, Avery.

They say things happen for a reason. Maybe the reason Avery has gone through so much is so someone else who is struggling will see her story, and realize help is out there. It’s right here at CHOP.

For more on Avery's story, and to follow her on her journey, please visit her Facebook page.