For 15 years, Krista and Mike heard their son Zakary breathe. Sometimes it was raspy; other times it was labored. He wheezed, he rattled, he huffed and puffed. He made noise with every breath. “When he was playing soccer, I could hear him breathing over on the sidelines,” his mom says. 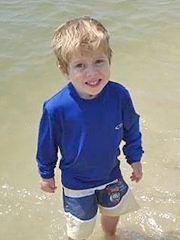 Then, in July 2020, a few nights after Zak had undergone a complex airway surgery at Children’s Hospital of Philadelphia (CHOP), Krista awoke at 4 a.m. with a start. She was staying in Zak’s room at the hospital, and she couldn’t hear him breathe. “I got up to check on him, and he was sleeping away. He was fine, better than fine. He was great! The next morning, he said it was the best night’s sleep he’d ever had.”

For the first time in 15 years, Zak had a fully functioning windpipe.

Breathing problems since an infant

Zak’s breathing problems surfaced when he was 7 weeks old. A case of respiratory syncytial virus (RSV), a common respiratory illness in babies, led to pneumonia and intubation (inserting a breathing tube). Because of severe reflux, he needed a feeding tube, and later a fundoplication, a surgery to reduce the amount of stomach acid coming into his esophagus. Eventually, he needed a tracheostomy, an opening cut into his windpipe so he could breathe better, which remained in place for two years.

He had major trachea reconstruction near his home in St. Louis, Mo., at 17 months old and several additional trachea procedures to removing scarring, much of it caused by his continuing struggles with reflux. For seven years, he was in and out of the hospital, seeing a handful of doctors in different practices to manage his stomach, breathing and lung issues.

“I told my husband I was tired of it, that we needed to find doctors who could really help him,” Krista says. “So, I started doing some research.”

That led her to the Center for Pediatric Airway Disorders at CHOP, which uses a team approach with specialists from Otolaryngology (ears, nose and throat), Pulmonary and Gastroenterology seeing children at the same time and creating a unique treatment plan for each patient. Zak was 8 when they made their first visit to Philadelphia.

“For the first time, Zak was seen by a team, and it made all the difference,” Krista says. “In St. Louis, his individual doctors were great, but they weren’t a team. At CHOP, everyone was talking to each other — and to us. It was amazing.”

Zak also made a connection with Ian Jacobs, MD, Director of the center. “He just loved Dr. Jacobs,” she says.

Initially, other than a minimally invasive airway dilation to stretch Zak’s narrow airway, the team thought it was best to wait for a more complex surgery. Zak’s narrowing, called subglottic stenosis, was located right below his voice box (larynx), at the top of the trachea.

“Dr. Jacobs said that Zak will know when he’s ready, and that’s what happened,” Krista says.

Zak — who was an active athlete in soccer and wrestling despite his breathing issues — was wrestling on his eighth-grade team when his opponent paused during a match and asked him, “Dude, are you OK?” He answered. “Yeah, I’m fine. I just breathe this way.” 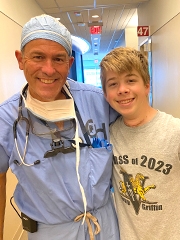 The family returned to CHOP in the summer of 2019 for tests and to determine the best option to repair his trachea — ideally for good. Dr. Jacobs and the team, which included gastroenterologist Matthew Ryan, MD, and pulmonologist Joseph Piccione, DO, MS, recommended Zak undergo a cricotracheal resection (CTR). CTR is a complex surgery where surgeons remove the scarred, narrow portion of the airway and reconnect trachea to the end of the voice box.

“They explained everything to me,” Zak says. “They showed a cool video that showed me the whole procedure, how they would take out a section and sew everything back together.”

With the plan set, Zak was scheduled to return in spring 2020 for the operation.

Then two things happened: COVID-19 and Zak dislocated a knee while wrestling. The pandemic pushed back his major knee surgery until June in St. Louis. Once he was far enough along in his knee rehabilitation that he could fly, the family came to CHOP in July for his CTR. Pre-surgery consultations were done remotely via telehealth.

The 7½-hour surgery involved taking out a little more of the scarred trachea than planned, three sections instead of two, to resect all of the damaged portion. Zak was hospitalized for 11 days post-surgery.

He stayed in Philadelphia nine more days — returning to CHOP for physical therapy for his knee a few times — until Dr. Jacobs, impressed with his fast healing, cleared him to return home. “We had planned on staying five or six weeks, but Zak was doing so well, Dr. Jacobs released him after only three weeks.”

Dr. Jacobs checked in weekly via telehealth to keep up with Zak’s progress. When Zak picked up a rhinovirus a month after being home and ended up at a local hospital, Dr. Jacobs worked with the St. Louis medical team on his care. A return trip to Philly 12 weeks post-op showed the airway reconstruction was healed and a resounding success. 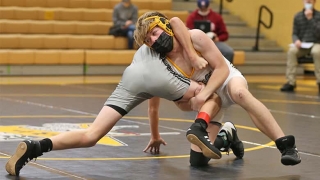 But Zak already knew that. “I remember the first time I got to breathe on my own after the surgery,” he says. “They took the nose tube out, and I noticed such a big difference. It was really cool.

“I had lived with the trachea problem for 15 years, so I was used to it. I had to work a little harder to keep up. I could do things, like running, but I was always the slowest kid on the team,” says Zak, now a high school sophomore. “Now I can do so much more, and I have a lot better stamina and endurance.”

Multiple trips to the Center for Pediatric Airway Disorders, even during the pandemic, gave Zak what no other medical team could: a future without limits.

“Everything about our CHOP experience was wonderful,” Krista says. “The team at CHOP — the doctors, the nurses, just everyone — was awesome.”

Zak agrees: “My parents told me they were going to search for the best of the best, and they found them at CHOP.” 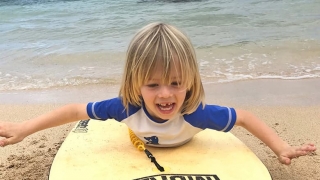 With a Reconstructed Airway, Maxwell Can Now Swim

Surf’s Up! After airway reconstruction, Maxwell can jump in the ocean waves. 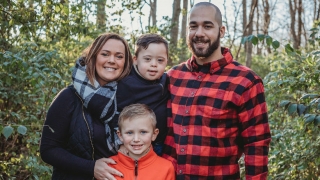 Laughter: The Result of the Best Medicine

CHOP’s experts gave Mason what his parents had been told was impossible: breathing without a tracheostomy tube. 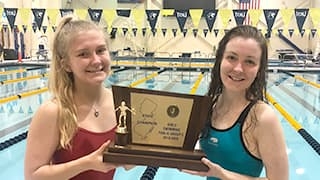