Diego had his first seizure in sixth grade. It began with a sudden, unusual sensation (known as an aura). The next thing he knew, he was in an ambulance. 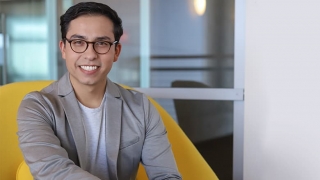 “It's very hard to explain,” he says, when asked what it’s like having seizures. “I get an aura, so I can definitely sense something is wrong. But it happens very quickly.”

During seizures, he convulses and bites the side of his mouth really hard. Afterward, he says, it feels “like you worked out every part of your body. It’s like having an electrical shock go through your body. You wake up with the worst headache, and you are super out of it for a bit.”

After his second seizure, Diego was diagnosed with epilepsy and referred to Katherine Taub, MD, a pediatric neurologist at the Neuroscience Center at Children’s Hospital of Philadelphia (CHOP). Over the next two years, Dr. Taub prescribed Diego a few different medications before finding one that controlled his seizures.

“CHOP is amazing. Without them, who knows where I would be.”

During high school, Diego experienced just one seizure, which he chalks it up to a combination of stress and “not properly taking my medicine.” He had formed a good group of friends who knew he had epilepsy. They looked out for him and knew what to do if he had a seizure.

After graduating high school in South Jersey, Diego enrolled at Rutgers University to study finance. When a teen with epilepsy becomes an adult, the team at CHOP helps coordinate their transition out of the pediatric setting to an adult doctor. Dr. Taub referred Diego to Bethany Thomas, DNP, a Nurse Practitioner with Penn Medicine’s Neuroscience Center.

During college, Diego did a summer internship in Oregon. He loved the experience out west so much that after graduation, he got a job in data analytics in Ashland, Oregon and relocated across the country. Diego describes the town of Ashland as “small, beautiful and artsy.”

Around the same time, Diego read something online about how some people outgrow epilepsy. He hadn’t had a seizure since junior year of high school and wondered if he could be among those who outgrow the condition. Without consulting Dr. Thomas or a specialist in Oregon, he decided to stop taking his medication.

He was off his medication for almost a year when he suffered a very bad seizure. He was driving his car with his girlfriend in the passenger seat when, just as he was about to merge onto a highway, he started convulsing and lost consciousness.

We have pediatric neurologists throughout the region, including at a new location in Bryn Mawr!
Find one near you.

Fortunately, his girlfriend worked at a group home and was familiar with seizures. She recognized what was happening, put the car in park, and called 911.

It was a “wake up call,” says Diego. “I needed to get back on medication and seek out an adult doctor.”

Diego reached out to Dr. Thomas, who called in a prescription for his medication to a drug store in Ashland, and he got back on his regimen. It took another round of trial and error with medications and dosage before he found the right balance between seizure control and side effects again, but he says he’s in a good place now.

Diego wants to tell his story because he doesn’t want others to make the same mistakes he made and go through what he did. He’s learned a lot and wants to pay his learnings forward in the hopes that they will help others.

Below are a few of his key pieces of advice:

Learning #1: Stay positive. There were times growing up that Diego felt really negative about his diagnosis. For example, he was devastated when the seizure in junior year left him temporarily unable to do one of his favorite things: drive. In addition, not being able to drink alcohol due to his medication has often left him feeling like an outsider in social settings.

“It was definitely one of those things that I felt excluded from,” he says.

But the more Diego has experienced in life, the more he’s learned to see that he’s “truly blessed.”

“Having epilepsy isn’t the end of the world,” he says. “I’m great! I have a job and I can drive again. I’m very grateful for everything I have in my life. There’s so much negativity in this world. The only thing we can control is ourselves. Positivity is what drives me. And being able to help others is my goal in life.”

Learning #2: Transitioning to adult care is more than changing providers. It also means taking responsibility for your health. 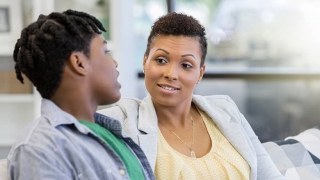 Our Epilepsy Program is committed to helping teens prepare for and transition to an adult doctor.

“Having your parents involved in your care is great, but when you transition to adult care it’s hard because you have to do everything on your own,” he says. He encourages young adults to get involved in managing their care early on so they feel more confident maintaining their care through life changes.

Learning #3: If you plan to move, find a new neurologist in advance. Not all areas are as flush with specialists as the Philadelphia region. It took Diego a few months to find and get an appointment with an adult neurologist in Oregon.

“It’s always good to have a doctor and all that set up before you make a big move,” he advises.

Learning #4: Know that you aren’t alone. Diego’s care team at CHOP recently reached out him about joining a committee made up of young adults who have learned a lot from their transition to adult care. The committee is working to translate their personal learnings into a website that will serve as a helpful resource for other youth as they make the transition.

“It’s awesome to be a part of this group and help others out,” says Diego. “You’re not the only one. We’re all in this together. The epilepsy community is strong. We’re here to help each other.”