Cherish’s rare and extremely serious heart condition went undiagnosed for years. It was experts at Children’s Hospital of Philadelphia (CHOP) that gave Cherish and her family, at first, hope, and then a new heart. 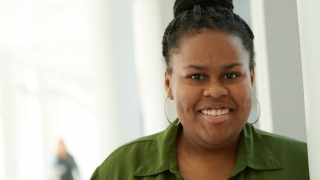 Knowing what she knows now, Cherish’s mom, Tiffiney, recognizes symptoms of serious heart disease when she looks back over the past few years. At the time, those symptoms were diagnosed as severe asthma and allergies. While Cherish had been diagnosed with asthma as a baby, she had never needed an inhaler. But in recent years, she tired easily and struggled to catch her breath on the basketball court.

Pressing for time and answers

It wasn’t until the summer of 2018 that Cherish’s health took a dramatic turn for the worse. “She was fatigued, had trouble breathing after walking a few feet, was vomiting and didn’t have an appetite,” says Tiffiney.

At first, Tiffiney and her husband, Kenyon, thought Cherish had a virus or flu. But when Cherish’s symptoms didn’t go away, they took her to an urgent care near their Harrisburg, Pa., home. They were told Cherish was experiencing severe asthma. The clinician prescribed steroids. A few weeks and a trip to the ER later, they were told once again that it was “a bad season for asthmatics.” A chest X-ray showed Cherish’s heart looked enlarged, and the family was told in passing they should follow up with a pediatrician. Cherish was again given steroids and sent home.

Tiffiney made an appointment with the family’s pediatrician, but it was weeks away and Cherish’s symptoms were alarming. On a second visit to the ER, she made a stern request that may have saved Cherish’s life. “No one say ‘asthma’ to me again, not asthma or allergies. I need you to look at it like it is something different.”

This time, an X-ray and electrocardiogram (EKG) pointed to something more serious. Cherish’s resting heart rate was between 160 and 170 beats a minute. She was sent by ambulance to a hospital that had a pediatric cardiologist on staff. By 11 p.m., Tiffiney and Kenyon learned their daughter was in severe heart failure.

Finally, a diagnosis of dilated cardiomyopathy

Cherish was diagnosed with dilated cardiomyopathy, a severe condition that makes it difficult for the heart to pump blood through the body because the left ventricle of the heart is weakened and enlarged.

“Initially, it was all very hard [to hear],” Tiffiney recalls. “To wake up one morning to a normal healthy child and find out the next day that she is sick, extremely sick, life-threatening type of sick, was life shattering. Our faith in God is the only thing that got us through this journey. God blessed us with a lot of support that also helped.” 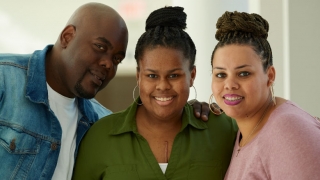 Cherish’s local cardiologist, Jason Imundo, MD, had served his fellowship in pediatric cardiology at Children's Hospital of Philadelphia (CHOP) in 2012 and wanted his former colleagues to review her medical records. If Cherish needed a transplant, CHOP was the hospital for it. Within a day, Cherish was in an ambulance and on her way to Philadelphia.

“Once we got to CHOP, the team flat-out told us she was the sickest child on the floor,” says Tiffiney says. “They were very frank and honest. I have a special kind of love for that team.”

To help Cherish’s heart pump, in mid-September 2018, Cherish’s team at CHOP’s Cardiac Center implanted a new version of a left ventricular assist device (LVAD), the Heartmate 3 LVAD. While this type had been used in adults, this a newer model designed specifically for pediatric patients. Jonathan Chen, Co-director of the Cardiac Center and Chief of the Division of Cardiothoracic Surgery was her surgeon for the LVAD implantation.

Over the next few months, Cherish’s health improved, but she did experience some additional complications due to her condition. She continued her follow-up care at CHOP.

Cherish is one of four children. Throughout her illness, the family was separated frequently, not always able to stay under the same roof. Tiffiney calls the family’s social worker, Charisse Rhone, MSS, a godsend for helping the family find resources it didn’t know existed. For example, they frequently stayed at the Ronald McDonald House and Gift of Life Family House throughout Cherish’s treatment.

By spring 2019, it was clear that, while Cherish was healthier than she had been in a long time, she needed a new heart. She was on the transplant list for one month when the family got the call.

“They tell you to have a bag packed for when you get the call. By the time we got to the hospital, they were ready to admit her. It was 4 in the morning, and nine months to the day she had her LVAD implanted: June 20, 2019,” says Tiffiney. Dr. Chen gave her a new heart.

Cherish’s response to her new heart was immediate and positive. When asked by one of her doctors if she felt any different following her surgery, Cherish said:

Cherish, now 15, recently celebrated her six-month anniversary with her new heart. In the initial months of her recovery, she spent time at CHOP undergoing physical and occupational therapy. She now visits the outpatient clinic once a month for tests. Cherish’s cardiologist is Matthew O’Connor, MD. Her recovery has been swift.

“She is playing basketball again. She loves spending time hanging out with friends and family. She had too many worries over the last year and a half, and now she can concentrate on being a kid,” Tiffiney says. “This is a good place.”

Cherish’s experience has altered the course of her life in many ways, including her college plans. She’s interested in medicine, nursing and health and was especially impressed with CHOP’s child life specialists, who educate kids about their conditions and teach them ways to cope with the stress of serious illness.

Cherish and her family are grateful for the cardiologists, doctors, nurses and staff at CHOP.

“I have had nothing short of great care during the most terrifying time of our lives. They were patient, kind, caring, informative and a true blessing through this entire journey. This year we appreciated Christmas a whole lot more”