Children with Down syndrome face a dire possibility: They have an increased risk of developing acute lymphoblastic leukemia (ALL). In addition, these children experience more toxic side effects to chemotherapy and generally have poorer outcomes. 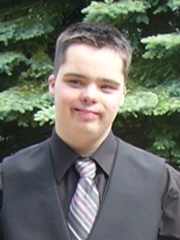 Steven, 21, who has Down syndrome, knows this firsthand. He was diagnosed with B-cell ALL when he was 4 years old and was successfully treated in his hometown of Toronto, Canada, using standard chemotherapy. Nearly 11 years later, in December 2015, his mother, Theresa, noticed small purplish bruises on Steven’s skin. “I experienced a sinking feeling that this could be leukemia again,” says Theresa — and it was. A relapse of the ALL was confirmed within hours, and Steven was immediately admitted to the local children’s hospital.

Theresa describes Steven's pediatric oncologist as “a fierce advocate for Steven and all patients who have Down syndrome.” Because this population suffers side effects more strongly, the idea would be that ALL patients with Down syndrome should receive as little chemotherapy as possible and be treated early with immunotherapy.

The revolution of CAR T-cell therapy

The Cancer Immunotherapy Program at Children’s Hospital of Philadelphia (CHOP) led the national and international clinical trials for an immunotherapy known as chimeric antigen receptor (“CAR”) T-cell therapy for children and young adults up to age 25 with especially tough B-ALL. The success of those trials led to the first-ever cell therapy to receive U.S. Food and Drug Administration approval in August 2017 under the name Kymriah™. The therapy reprograms the patient’s own T cells to locate and kill B cells that have the protein CD19 on their surface.

At the time of Steven’s relapse, he was not eligible for a multi-institutional trial of the therapy that was soon to open at his home institution because this was his first relapse. Worried about poor outcomes of relapse therapy in patients with Down syndrome, Steven’s oncologist contacted the Cancer Immunotherapy Program at CHOP and was told Steven might be eligible to enroll in a clinical trial that is evaluating an alternative CAR T product, called “humanized” because of the way it is delivered into the cells. Steven’s T cells were collected in his Canadian hospital, and he was started on a modified chemotherapy regimen to control the leukemia while reducing intensity in an attempt to minimize toxicity.

His family had not been aware of the existence of CAR T immunotherapy. They read literature provided by CHOP, including the study protocol, spoke with members of the Immunotherapy team and another parent who had taken part in the trial, and did plenty of research online. “We became hopeful and eager,” says Theresa, “and terrified of not being accepted into the study and facing the alternative — extensive chemo, the likely need for a bone marrow transplant, and the possibility that Steven might not survive.”

Not stopped by a snowstorm

Weeks later, in January 2016, Steven and his family came to CHOP for an evaluation. Theresa describes the trip as “quite a whirlwind.” They were planning to leave on a Thursday, but an impending snowstorm threatened to postpone all the plans. “On Wednesday morning, we got word that the doctors in Philadelphia would see Steven the next morning if we could get there,” says Theresa. “And we did.”

Steven was approved to enroll in the trial.

The family returned to Canada, and Steven received chemotherapy for several weeks while his T cells went through the manufacturing process to reprogram them to locate and eliminate the cancerous B cells. Steven went through some worrisome episodes during this period, including contracting a respiratory virus that led to breathing difficulties and blood pressure concerns.

He returned to CHOP in March 2016 and received the CAR T therapy. Considering that the family had been hopefully anticipating this game-changing therapy for three months, Theresa found it remarkable that the infusion was so fast and simple. “The day of the infusion will forever be known by us as ‘T-Cell Tuesday,’” she says. “It was uneventful. We were surprised by how quickly the procedure took place — only a few minutes.”

Four days later, Steven developed a fever — the therapy’s most common side effect — and was admitted to CHOP. The fever is the result of the immune system kicking into high gear. He remained inpatient for six days and was out for only about an hour when he was re-admitted following a seizure in the family’s hotel room. Delirium and confusion occur in approximately 40 percent of patients. More rarely, some patients experience seizures. Unlike the fever, this reaction is not fully understood, but recent research conducted at CHOP and other institutions is making progress. Steven received anti-seizure medications and experienced no more problems, and he was discharged after two days.

During the next few weeks they stayed in Philadelphia to be monitored by the CHOP team. The family went to the zoo, took in a Phillies game, and played what Theresa calls “some highly competitive games of Trouble on the hotel balcony.”

Now, more than a two years after the therapy, Steven is thriving. He has monthly visits to his hospital in Canada as well as return trips to Philadelphia every three months for the next few years. “He is living a very active and fulfilling life, and is feeling and looking completely healthy,” reports Theresa. “He attended three proms with three different girls and does not stop dancing until the music ends. He has finished high school and is now taking part in a program for adults with a developmental disability, which provides opportunities in the community for work, a fitness program, literacy instruction and the development of life skills. He has a paid job delivering newspapers to 158 houses.”

Although going through cancer treatment was an ordeal, and there were bleak moments, “He remembers all of the people who looked after him, and he came away feeling incredibly loved and cared for.” 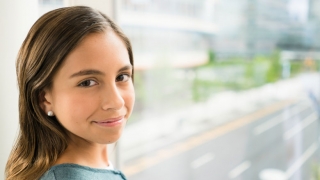 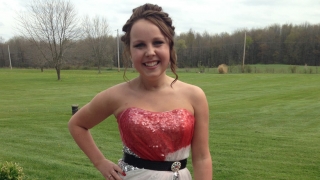 A Third Chance at Life

Emily was given a third chance at life when an experimental treatment for ALL wiped out her cancer cells.