Owen had a delayed introduction to foods due to early medical history. He was born with a large right facial hemangioma (a vascular birthmark) with heavy concentration on his eye and upper lip. He was treated with oral steroids and five laser surgeries from 4 to 15 months of age.

As a result, his mouth was often sore and swollen leading to many challenges with spoon feeding and a preference to drink versus eat. He also had reflux as one of the side effects of the steroids. Weight was never much of an issue because he had such a strong dependence on breast milk, and then eventually regular milk. 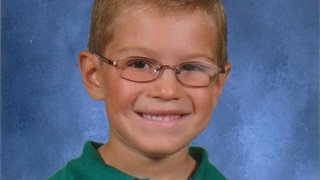 Owen also had speech and sensory delays. He received therapy through Early Intervention for speech and OT. We worked tirelessly on feeding with our all of our therapists. We saw a great deal of improvement in speech, but seeing progress with feeding was slow and challenging. Owen refused to try new foods, gagged, cried and carried on during each meal and most therapy sessions. He would mostly prefer milk to drink, occasionally still eat baby cereal — Gerber oatmeal only — and some Cheerios.

We needed to pursue a more intense program, such as CHOP’s Day Hospital Intensive Feeding Program. It had been strongly recommended by our pediatrician and Owen's therapists and teachers to do so. However, my husband and I were a bit skeptical and needed some time to consider our options and thoroughly research before making our decision.

As an entire family, we had been through a lot during Owen’s first few years, and we wanted to be sure we were all ready to tackle this next challenge. Along with Owen’s specialists, we came to the realization that Owen’s feeding difficulties were not something he would outgrow on his own and that a medical and behavioral intervention was necessary.

There were a few factors that contributed to our decision to try the intensive feeding program.

For one, when Owen got sick, he would get really sick and lose a lot of weight. It would take him a long time to bounce back because his main source of nutrition was milk. We would be set back with therapy and would have to start all over again. This became a pattern, and when he was hospitalized at CHOP for severe RSV in early winter 2009, we knew that we had to do something.

He was also having difficulty at pre-school during snack time. He did not like sitting with the other kids when they were eating their snacks because he had a “fear of foods” and would get upset. We knew we needed to give one last shot to try to improve his eating behaviors before he entered school full-time. We pursued this program, got accepted, and began what we all called “Eating School” soon after.

Making this commitment to enter this program I really think is the first step. As parents, you have to be ready — along with your children. Support of your family and friends is also very crucial. It is very exhausting and draining and places many physical and emotional demands on everyone. It’s important to know that you really do need the help of others. If you have the determination and willpower, you can definitely be successful.

Along with preparing yourself, another essential thing is focusing on the positives (the new foods, the amount of bites, the response to the reinforcers) and not dwell so much on some of the negatives that come with the territory (the impact on other family members, the commuting to and from the Hospital, trying to keep busy with your child during the down times, dodging the germs and dealing with you and your child picking up a bug).

It is one of the hardest things I ever had to do; separating from my little boy prior to his feeding sessions and then watching and waiting through the window the first two weeks and not be able to run in and comfort him during the difficult times. You experience a lot of guilt, leaving your child with strangers, leaving them confused and anxious. They don’t understand what is going on.

But it was also one of the most rewarding experiences when I started seeing the changes. I'll never forget the feeling of relief and hope that things were finally working! It is very stressful on all those involved, but once you start to see the light this huge sigh of relief rushes over you.

Challenging, but worth it

After discharge, the first 3 months took some getting used to. We had to have the food prepared, follow the exact system and make sure everything was consistent as far as timing, rotation, and amount of bites. After awhile, it gets easier, more routine, and you work it into your way of life.

I am happy to report that almost two years later, Owen is up to approximately 45 new foods (versus the four we started with). Out of those 45 foods, he eats about three-quarters on his own without assistance. His foods are out in front of him now on a plate, we don’t use the reinforcers and playing in between.

We try to talk at the table and have social interaction. We go to restaurants and have more enjoyable holiday family meals. He does occasionally regress at times with different foods or new items, but overall when we go back to the basics of what we learned, we are able to work through it and meal time is less disruptive, less stressful and an overall better experience for us all.

“We are so extremely grateful to CHOP's Pediatric Feeding and Swallowing Center for paving the way for Owen’s success and the help they gave to our entire family.” 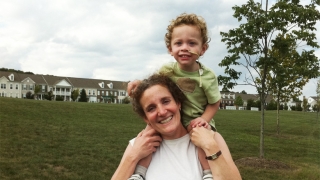 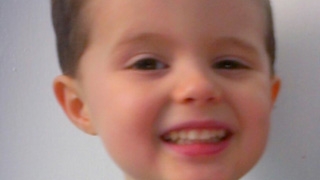 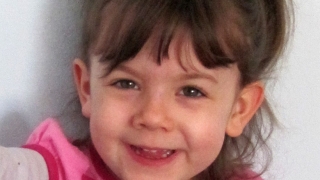