Paloma Blackwell-Chang, age 15, is a rising track star who has competed in the Penn Relays. She sings beautifully, plays the viola and the piano, dances, and is an honors student with special strengths in math and science. To her mother, Kiera, she is a miracle. 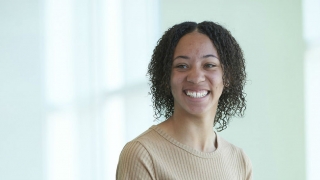 When Kiera was five months pregnant, a routine ultrasound revealed that her unborn baby girl had gastroschisis, a relatively rare condition in which an opening in the abdominal wall allows the intestine and other abdominal organs to spill out into the amniotic fluid.

“I remember that ultrasound so vividly,” Kiera says. “I was so worried and scared. I had never even heard of gastroschisis. I was advised to consider terminating the pregnancy — that she might have developmental issues and other serious long-term problems. But with support from my family, I decided to move forward.”

Kiera was referred to the Richard D. Wood Jr. Center for Fetal Diagnosis and Treatment at Children’s Hospital of Philadelphia (CHOP), where many babies with gastroschisis are cared for each year. There, she met with the specialists who were extremely familiar with cases like hers, including a pediatric surgeon and maternal-fetal medicine specialist, and began a series of weekly ultrasounds to monitor Paloma’s development.

The team explained the surgical procedure that would be performed after Paloma was born to close the abdominal opening, and introduced Kiera to the rest of the specialists who would play an integral role in Paloma’s care.

At Children’s Hospital of Philadelphia, newborns who will require surgery immediately or soon after birth are treated by a unique Neonatal Surgical Team. Made up of a neonatologist, pediatric surgeon, surgical advanced practice nurses, specially trained neonatal surgical nurses and others, the team specializes in performing surgery on the smallest patients. They even transform the Newborn/Infant Intensive Care Unit (N/IICU) into an operating room to avoid the risks of moving medically-fragile babies to another room.

Paloma was delivered by C-section at 36 weeks.

“Paloma’s eyes were wide open,” recalls Kiera. “She looked right at me, and I instantly felt we had this connection.” 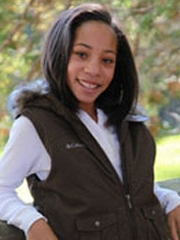 Paloma was in the N/IICU at CHOP for six months, and had three surgeries with the Neonatal Surgical Team during that time. Repair of gastroschisis typically involves a series of steps to gradually return the herniated organs back into the abdomen, followed by closing the opening in the abdominal wall. The last procedure was to insert a feeding tube to supplement her nutrition.

What Kiera remembers most from that time was how the entire staff made her feel at home, answering any question she had and making sure she knew what was happening with Paloma’s care.

“Whenever there was any question or problem with Paloma’s development, it was almost like a family member coming to talk to me,” says Kiera. “Everybody from the surgeons to the nurses in the N/IICU — all the people who showed us so much love.”

When it was finally time to bring Paloma home, Kiera remembers both the joy and the fear. She had been a new mom for six months, but for the first time had her baby around the clock without a team of doctors and nurses surrounding her.

Kiera’s mom happened to be a nurse, so she moved in to help care for Paloma. Kiera credits her parents’ love and support for making such a huge difference in those early months.

Over the next few months at home, Paloma began to thrive. She started to hit the normal childhood milestones and got stronger every day. 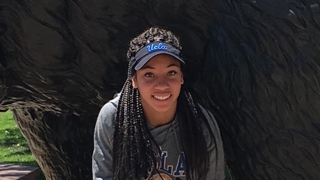 As a member of her high school’s touring ensemble, she sings and dances in performances for elementary schools and nursing homes. (Listen to a performance from June 2015.) She also loves sports.

“I prefer sports over anything,” says Paloma. “On the track team last year I did the long jump and ran relays and the 100- and 200-meter sprints. I plan to do indoor track this winter and may try out for the soccer team.”

She modestly doesn’t mention that she broke her personal record for the long jump and led the team in both sprint distances. And in April 2017, she qualified to run the 4x100 in the Penn Relays, the oldest and largest track and field competition in the United States. To Paloma, her biggest competition is herself: "I just try to better myself - I focus on my times, and getting faster and better."

Her interests don’t stop there. Paloma loves science and math, and says she hopes to become a doctor someday.

In the eighth grade, Paloma won the President’s Award for Educational Excellence. And the summer before starting high school, she was accepted to the National Young Leaders Forum at UCLA.

“It was great,” says Paloma. “I met kids from all over the country. Every day after breakfast we’d go to a seminar – on science, technology, engineering or mathematics. We learned about rockets and robotics. We worked with medicine and game simulators. I was like, ‘This is the college I want to go to!’”

Paloma was too young during her treatment for gastroschisis to remember it now; the small scars on her stomach are her only connection to what she went through as a baby. While the scars caused a little bit of insecurity when she was younger, Paloma has learned to embrace them.

“For me, her scars are beautiful,” says her mom. “They symbolize everything she had to go through just to be here; her survival and strength.”

“Recently, an old high school friend posted on Facebook about her baby being diagnosed with gastroschisis, and I just wanted to go and give her a hug and tell her that everything would be OK,” says Kiera. “Everyone might have different outcomes, but there is hope.”

To Kiera, support makes all the difference — whether it’s family or friends or the medical staff or neighbors. “I look back on that time in our lives and I am so grateful for the care the doctors gave Paloma and for the awesome staff that we worked with at CHOP. I always felt supported.”

“Sometimes, I can't believe that was 15 years ago, but whenever I look back, I am beyond grateful that Paloma was cared for at CHOP,” reflects Kiera. “I know Paloma was meant to be here. She has been such a joy in my life, all of our lives.”