When Jennifer considers her son Makai’s extraordinary medical journey — which included four cardiac arrests — she calls him “resilient.” When she thinks of the Children's Hospital of Philadelphia (CHOP) doctors who treated him, she calls them “persistent.” After a heart transplant and many serious health challenges, Makai, 14, is now back to being a regular kid. As Jennifer notes, “Looking at him, you’d never know what he went through.” 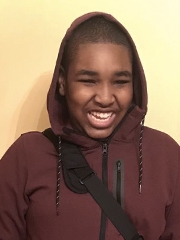 Makai’s problems began in July 2018 with what seemed to be a stomach bug or virus. Across several weeks, his vomiting and inability to tolerate food worsened, and he became more and more lethargic. At a third visit to the pediatrician, bloodwork was done. The pediatrician called Jennifer, a social worker, while she was at work. “She said to take him to an ER,” Jennifer recalls. “She thought it could be pancreatitis. I said I’d take him after work, but she said to take him now. He needs to start antibiotics.” That day Makai had also called his mother at work, complaining that his chest hurt.

At CHOP’s Emergency Department, doctors did not see what the pediatrician saw, but wanted to give him fluids for dehydration. Then Makai started coughing. The doctor considered Makai’s earlier complaint about chest pains, and decided to do a chest X-ray. That’s when the devastating news was revealed.

“The doctor came to me and said, ‘I don’t have all the answers yet, but Makai is in heart failure,’” says Jennifer, a note of disbelief still in her voice. “I thought we were here for antibiotics and a juice box. How did we get to heart failure?”

A pump to do the heart’s job

Admitted to CHOP, Makai made no improvement over five weeks. The options became clear: a heart transplant or a left ventricular assist device (LVAD), an implanted mechanical pump that helps move blood from the lower chambers of the heart to the rest of the body. The LVAD essentially takes over the heart’s work. The LVAD represented to Jennifer “a chance of recovery,” so she and Makai chose that route.

In November, Makai went home. “It was a different life for him,” says Jennifer. The LVAD must be externally connected to a continuous power source and the incision site needed to be kept clean. He needed to take medications. CHOP had to train his school staff so he could go back to school.

Makai’s surgeon, Jonathan Chen, Co-director of the Cardiac Center and Chief of the Division of Cardiothoracic Surgery, told Jennifer there was only a 1% chance Makai’s heart would heal adequately that the LVAD could come out — 99% of the time, the LVAD is a bridge to a heart transplant. Jennifer prayed that a transplant could be avoided. In August 2019, her prayers seemed to be answered, but less than 12 hours after the LVAD was removed, Makai’s health seriously deteriorated. A heart transplant was needed.

It took only 24 hours to locate a suitable heart — an astonishingly short time frame. The transplant was successful, but the surgeon discovered an infection in Makai’s lung that would require additional surgeries. 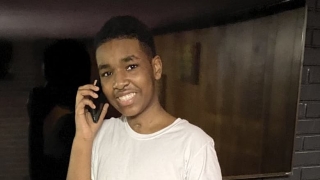 Makai had been near death several times, and Jennifer went through the worst possible experience a mother could have. For 79 days in the Pediatric Intensive Care Unit, Makai fought. And he got better. Then for 49 days in CHOP’s Center for Rehabilitation, Makai worked with determination. And he regained his mobility. In December, he was discharged.

He’s back to being himself. “Makai loves buffalo wings, playing video games and cracking jokes,” says Jennifer. “He wanted to be a comedian, but now he wants to be a cardiologist.” She is overwhelmingly proud of him, how he never complained or asked, “Why me?”

Thinking about her son’s ordeal and where he is now, she is amazed: “If it wasn’t for God and the persistent doctors at CHOP — and the nurses, even the cleaning people — if it wasn’t for all those people, my son would not be here. I’m so grateful.”