The first time Todd, 11, went to his local emergency room, doctors thought he had a kidney stone. He had severe abdominal pain, and his urine was dark yellow, almost orange. Doctors told his mother, Melissa, to take him home and wait for the stone to pass. 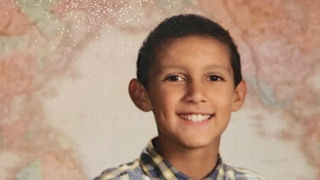 But Todd’s symptoms got worse. He made several more trips to the emergency room over the next few weeks, and even spent a week at Virtua Voorhees Hospital, where he had blood, urine and imaging tests.

The tests showed no signs of a kidney stone — and Melissa was desperate for answers.

“At that point, his urine looked like cranberry juice,” she says. “He was rolling on the floor, doubled over and crying in pain. I just wanted to cry right along with him.”

After Todd was discharged from the hospital, he and Melissa met with Madhura Pradhan, MD, MBBS, a pediatric nephrologist who sees patients at Virtua Voorhees Hospital, CHOP’s Main Campus, and the CHOP Care Network Specialty Care and Surgery Center in Voorhees, New Jersey. She spent several hours with them, going over all of Todd’s records and test results, asking questions, and listening to their concerns.

“That was the best feeling, to know that someone was taking the time and effort to try to help me figure out what was wrong with my son. She went over every single detail.”

At Dr. Pradhan’s recommendation, Melissa brought Todd to CHOP’s Main Campus, where a kidney biopsy confirmed what Dr. Pradhan had suspected: Todd had IgA nephropathy. In patients with this condition, an abnormal form of IgA protein gets deposited in the kidney, causing kidney inflammation. This causes blood and protein to leak into the urine and can lead to kidney failure. IgA nephropathy can usually be managed with medication, but some patients eventually need dialysis or a kidney transplant.

It was devastating news, but Melissa was relieved to finally have answers. “Dr. Pradhan explained everything,” she says. “My biggest concern was that he is still a kid, and no kid wants to be labeled as ‘different.’ She reassured me that he was going to be able to lead a normal life.” 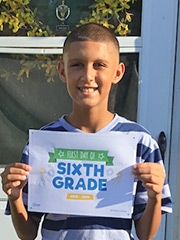 Today, Todd is an active sixth-grader who loves to play basketball. He takes medication to control the protein in his urine, and has frequent blood and urine tests to monitor his kidney function. He also sees Dr. Pradhan for follow-up every few months at CHOP’s Specialty Care Center in Voorhees.

“They have a special bond,” says Melissa. “Dr. Pradhan is very warm, and she really engages with him. From the minute we walked in the door at CHOP, we’ve had a great experience,” she adds.

“Everyone was so helpful, trying to calm me down and let me know that everything would be OK. You never get the feeling that you’re just a number.”