Brandon ate his first real meal at age 17. That was after a stem cell transplant to cure a rare genetic disease that had afflicted him throughout his childhood. Now at 19, he’s going to college and leading a normal life.

Minutes after Brandon was born, he was taken to the Newborn Intensive Care Unit (NICU). His body temperature was below normal and he was lethargic. He was monitored for a few days, and when he seemed to have recovered, Brandon was released to go home. Just a week later, he was sick again. He had a fever and blood in his stool. His parents, Linda and Matt, took him to Children’s Hospital of Philadelphia (CHOP).

That was the start of many years of intermittent hospitalizations and round after round of tests, diagnoses and treatments. Tests at CHOP showed that his blood counts were low and that his intestines were inflamed. He also had an unexplained rash. But because he was so young, his symptoms didn’t appear to line up with any known condition.

Early attempts at diagnosis included failure to thrive, a dairy allergy and finally inflammatory bowel disease (IBD), but none of the treatments for those conditions seemed to help. Brandon couldn’t eat normally, so a gastrostomy tube (G-tube) was inserted into his abdomen to provide him with the nutrients he needed to live.

Over the years Brandon was treated with steroids, IBD medications, antibiotics and other medications, but the pattern remained the same. He would go home to Southern New Jersey for a few months, then come back to CHOP for a few weeks when his health worsened.

When he was in fourth grade, his symptoms became worse, and his colon had to be surgically removed. At his best, he felt drained all the time, and he was never able to eat. A series of tutors kept him on track with his schooling, but he didn’t have a normal child’s social life.

Brandon’s condition is now known to be very early-onset inflammatory bowel disease, IBD that presents at a very young age. Once this disease was recognized to be different than other forms of IBD, doctors at CHOP developed new strategies to care these children, and ultimately this led to the breakthrough in his treatment.

Brandon’s primary doctor at CHOP was Petar Mamula, a Pediatric Gastroenterologist. Dr. Mamula recognized that Brandon’s form of IBD was different than the more common forms; therefore, Brandon was also seen by Dr. Judith Kelsen, Program Director of the Very Early Onset Inflammatory Bowel Disease (VEO-IBD) Program. In 2014, Dr. Kelsen was studying the genetic factors that might contribute to the development of inflammatory bowel disease.

Through their research, the VEO-IBD team discovered that Brandon had underlying genetic cause for his IBD: He was missing a whole gene, known as XIAP (X-linked inhibitor of Apoptosis). The team realized that this was the key to Brandon’s problem.

About the VEO-IBD Program

Once Dr. Kelsen and Brandon's team confirmed that the missing gene was in fact causing his medical problems, they understood that correcting the genetic deficiency would cure his disease. Drs. Mamula, Kelsen and Sullivan, Chief of Immunology, presented their findings to the family with the recommendation that Brandon have a stem cell transplant. The transplant would replace his immune system, which due to the genetic deficiency, was not working properly, with a new functioning immune system. Once he had an immune system that was healthy, his inflammatory bowel disease would be cured.

The bone marrow transplant team explained the process to Brandon and his family. They felt confident and relieved there was an answer, and agreed to the treatment recommendation. The medical team began to prepare for the transplant. This included chemotherapy to weaken Brandon’s immune system so he wouldn’t reject the donor cells when they were introduced to his body.

The transplant was performed in August 2015 with cells from a donor. After a period of isolation while his immune system restored itself, Brandon began to regain his strength — and to feel better than he had ever felt before.

“for the first time in my life, i started to feel normal. i didn't have to constantly take naps. i had no nausea. no cramps. and i started to eat — soups and pizza at first. now my favorite food is buffalo chicken.”

Finding a cure for Brandon has liberated his family in other ways, too. “Vacations used to be difficult,” says Matt, Brandon’s father. “We couldn’t go far, never more than an hour or two away from CHOP, and Brandon didn’t have the energy to enjoy the vacation. His older brother would go to the beach, and Brandon would stay inside. Now we’re able to travel. We’ve taken a couple of trips to the mountains of North Carolina, and we went to visit our older son in California.”

A year after his transplant, Brandon started college at Mercer County Community College. “It’s so much easier than it would have been before,” says Brandon. “I now have the energy and stamina to go to classes all day and do homework at night.” Alongside his studies, he is taking flying lessons, with the goal of becoming a pilot.

And the guy who had never eaten a real meal until he was 17 has a new favorite. “I like spicy food. I carry a bottle of hot sauce with me.” 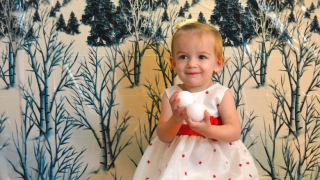 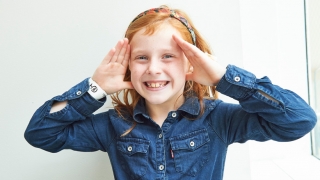 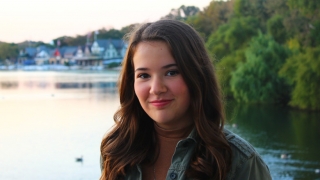