Madison is a junior at the University of Florida studying biomedical engineering with plans to become a physician. It’s hard to imagine that before she was born, her parents feared she wouldn’t live long enough to walk, let alone go to college or become a doctor. 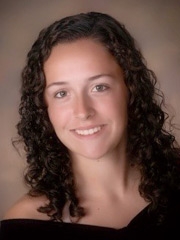 Madison’s parents were told during pregnancy that she might have trisomy 18, a genetic condition that has no treatment and is usually fatal within the first year of life. A follow-up ultrasound found that Madison didn’t have trisomy 18, but it confirmed another life-threatening condition called congenital diaphragmatic hernia (CDH). In CDH, the diaphragm muscle fails to close during prenatal development, and the contents from the abdomen (stomach, intestines and/or liver) migrate into the chest.

The couple was devastated and scared until they found the Center for Fetal Diagnosis and Treatment at Children’s Hospital of Philadelphia (CHOP). During their first phone call to the center, Executive Director and Co-founder, Lori J. Howell, DNP, MS, RN, put them at ease.

“Whenever we’ve talked about what they went through with my birth, my parents say everybody they encountered at CHOP was amazing,” says Madison, who was given just a 60 percent chance of survival. “But they point out Lori because she took control of every test and step and made them feel like somebody was taking care of them. She was the glue that held them together during such a hard time. She really is an angel on this earth.”

Madison enjoyed a completely healthy childhood, with no evidence of the condition except a small scar on her stomach.

“I’m very lucky,” says Madison. “I was so lucky that I didn’t even really think about what I had gone through at birth.”

Over the years, Madison and her family have returned to CHOP periodically for the center’s annual Fetal Family Reunion. They missed a few reunions during Madison’s busy teenage years, but made a point to attend the summer after she graduated high school. Madison’s proud parents wanted to show her off to Drs. Howell and Adzick and express their gratitude for the efforts of all the doctors and nurses who made Madison’s good health possible.

Inspired to care for others

Madison will forever remember seeing Dr. Howell that day because it was the moment she realized what she wanted to dedicate her life to.

“[Dr. Howell] instantly recognized my parents and ran over and gave them a big hug,” recalls Madison. “Then she saw me and started to tear up. When I told her I graduated high school and was going to college, she was just so overjoyed.”

Dr. Howell’s reaction had a huge impact on Madison. Madison had considered becoming a doctor, but was discouraged by the years of school, grueling schedule, and enormous commitment it requires. But seeing Dr. Howell — a world-class clinician at the pinnacle of the field who has cared for thousands of families — so overcome with joy made Madison see that the sacrifice was worth it. 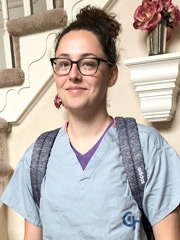 “You don’t get that kind of gratification with every job,” she says. “There’s nothing more fulfilling than saving someone’s life.”

Madison had planned to double major in aerospace and mechanical engineering, but after the reunion, she told her parents about her revelation and switched her major to biomedical engineering on a pre-med track. Now a junior, Madison says no decision has ever been easier to make or felt so right. She recently spent the summer working in CHOP’s Center for Fetal Research which is leading groundbreaking research into improved treatments for CDH.

“I feel like I’m headed in the direction I’m supposed to,” she says. “Everything is making sense.”