For most of her life, physicians near Alixandria’s home in Canton, PA, thought her anemia was an isolated condition. It wasn’t until she was 9 years old that physicians at Children’s Hospital of Philadelphia (CHOP) determined what was really going on: chronic kidney disease. 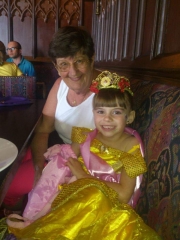 When Alixandria was 2, she was diagnosed with iron deficiency anemia after it was discovered that her hemoglobin and iron levels were low. Red blood cells carry oxygen from the lungs to the rest of the body, providing energy for all life’s activities. Anemia occurs when red blood cells are in short supply. Alixandria received iron therapy and her hemoglobin normalized, so her physicians thought it was an isolated condition.

The specialist didn’t know why Alixandria’s levels were abnormal. He wanted to perform a bone marrow biopsy to rule out leukemia. But Alixandria’s mother was apprehensive. Her son’s friend has leukemia, so she’s heard first-hand how painful bone marrow biopsies can be. Kim didn’t want her young daughter to go through that unless it was absolutely necessary. She decided to take Alixandria to Children’s Hospital of Philadelphia) for a second opinion. CHOP is more than four hours from their home, but Alixandria’s grandparents live in Philadelphia, her father grew up there, and they have many family members who have had good experiences at the hospital.

Find information on the cause of chronic kidney disease, its signs and symptoms, how it's diagnosed and treated, outlook and follow-up care.

An evaluation at CHOP showed that Alixandria had stage III chronic kidney disease (CKD). The finding explained the previous anemia diagnosis. The kidneys make the hormone erythropoietin (EPO). EPO is what tells the body to create red blood cells. When the kidneys are impaired, they do not make enough EPO. As a result, the red blood cell count drops and anemia develops.

“I was relieved to actually know what was going on and know that it’s not all in my head,” says Kim.

Susan Furth, MD, Chief of the Division of Nephrology, gathered the Nephrology team to discuss Alixandria’s case. Together, they came up with a care plan that the family follows to this day. It involves medication to keep Alixandria’s energy and vitamin D levels up, bloodwork every two months, and follow-up with Dr. Furth every four months. Alixandria’s kidneys are stable, but they will eventually start to decline and she will likely need dialysis and/or a kidney transplant. 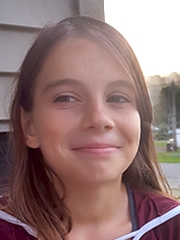 For now, they take it day by day. Alixandria goes through phases where she is overly tired for a child her age, but she has more energy than she did before; and most days she runs around and rides bikes with her friends. Her favorite thing to do is spend time with her pet chickens and rabbit. She gives them rides on her bike.

Kim is happy with the care Alixandria has gotten at CHOP. She only worries how her daughter will ever get the same level of care when the time comes to transition to an adult provider.

“I am extremely happy with the care at CHOP,” says Kim. “Everything runs so smoothly and it’s so good for her. I’m afraid when she gets old enough who she will see because they take such good care of her and really know her. I tell everybody if there’s a problem with their kid and they don’t know what’s going on, go down there. They are really good with kids and will be able to figure it out.”