Nearly three decades after Chuck and Adrienne Mohan lost their beloved daughter, researchers at Children’s Hospital of Philadelphia (CHOP) were finally able to tell the Pittsburgh couple what had caused her to become so sick and die far too soon. 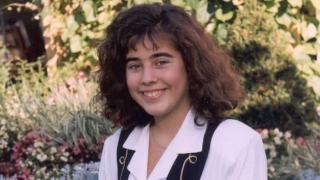 Gina Mohan was 15 when she died on Jan. 20, 1995. For almost five years she had fought extreme fatigue, muscle weakness and seizure-like symptoms, which her dad says literally developed overnight and for a period even disappeared, only to return and progress with callous speed.

Less than a year before Gina’s death, doctors were able to provide a descriptive name for her disease — mitochondrial encephalomyopathy with lactic acidosis and stroke-like episodes, or MELAS syndrome, a highly variable mitochondrial disorder that can cause a range of symptoms but most commonly affects the nervous system and muscles.

Yet, the exact gene mutation that caused Gina to develop this mysterious clinical syndrome remained a mystery to her parents for 26 years. Until the morning of July 21, 2021, when Marni Falk, MD, Executive Director, and Amy Goldstein, MD, Clinical Director of the Mitochondrial Medicine Frontier Program at CHOP, provided the couple with a definitive genetic diagnosis.

“It gave closure to everything we were doing,”

As founder and current chair emeritus of the United Mitochondrial Disease Foundation (UMDF), Mohan built enduring relationships with hospitals, countless donors, group chapters, members, volunteers and staff. He knows the importance of research programs like the one at CHOP, where breakthroughs can happen at any time.

“We’re pretty sure that we have a diagnosis,” Mohan says paraphrasing the email they received prior to a life-altering phone call with Falk, Goldstein and Elizabeth McCormick, MS, LCGC, one of the dedicated CHOP Mitochondrial Medicine genetic counselors and research study coordinator who helped put together all the pieces to, at long last, solve the case.

“It kind of knocked our socks off,” says Mohan, adding that because Falk had Gina’s tissue samples for genetic testing for so long it wasn’t a message they expected. Seated in their home office, a photograph of Gina on the desk, the Mohans held hands during the phone call.

“Dr. Falk gets on the phone to let us know that she has now definitively identified the specific point mutation that caused Gina’s mitochondrial disease,” recalls Mohan, proceeding to recite a pathogenic mutation found in the mitochondria genome at location m.13094 T>C within the complex I ND5 subunit gene.

Several factors combined to make the revelation possible. The CHOP Mitochondrial Medicine team had developed improved mitochondrial genome sequencing methodology for diagnostic testing that hadn’t been available earlier. The team also tracked down more than one tissue cell line from Gina in which to confirm the causal variant. Finally, publications had recently identified other unrelated patients with highly similar symptoms who shared the same exact mitochondrial DNA mutation. Together, that trifecta coalesced to make the causal significance in Gina of the ND5 m.13094T>C mutation clear.

For so many years, the couple’s private focal point was finding out what killed their daughter, while at the same time building public awareness of the more than 250 identified mitochondrial diseases, he says.

Mohan lauded CHOP, from administrators to the entire mitochondrial research team. Singling out Falk, he recalled an early conversation when she told him, “I’m like Nancy Drew,” referencing the fictional sleuth.

“She was probably as excited as I was, because she had solved a mystery that was 26 years old,” Mohan says, whose immediate reaction was to kiss his wife. “It’s all because of her, her interest and dedication.”

Mohan immediately called their son, whose wife was eight months pregnant with their first child at the time, and then his 91-year-old mother.

Any time you are dealing with an unidentified, inherited disease or an inherited dysfunction, reminds Mohan, it’s hard on the family. Gina’s brother, Charles Anthony Mohan, III, was 12 when she died.

“After Gina passed, every time our son had a sniffle, a cold or a headache, our antennae went up. We were watching and wondering could this be a symptom,” says Mohan. “Always in the back of your mind, there’s a ‘what if’. Now, knowing what the specific diagnosis is, we realized that it is not something that could be passed on hereditarily by our son.” His certainty is based on their new knowledge that the cause of Gina’s disease originated in the mitochondrial DNA, which can only be passed on to children through their mother.

A day at the amusement park turns tragic 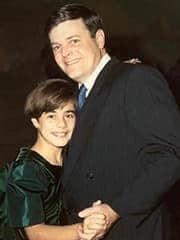 Before Gina became ill, her life revolved around her family, school, the Girl Scouts and her friends.

“All of a sudden the symptoms started to prevent her from engaging and growing in these social activities,” her father says.

Recalling Gina’s first seizure, he says she was awakened by it in the middle of the night, gagging. She continued to have thumb and arm twitching, which was controlled by prescription anticonvulsants.

“Before that, she was a perfectly healthy 10-year-old,” her father says. “I’m guessing that was probably in the spring of sixth grade. She never made it through to her eighth-grade graduation.”

Mohan remembers a period when all her symptoms were resolving. “Like many parents we thought maybe she’s outgrowing it. Famous last words,” he says.

Enjoying a day at the local amusement park, father and daughter were sitting on a bench eating ice cream cones between rides when he saw her foot starting to jerk.

“I looked at her. She looked at me. I asked, ‘Are you OK? She just said, ‘I want to go home,’” he recalls. Not long after that, Gina was hospitalized for 60 days.

“We walked into the hospital holding her hand. When she came out of the hospital, she was in a wheelchair with a head support, and a G-tube in her stomach,” Mohan says. “That’s the conundrum, the dichotomy of the disease. It’s a roller-coaster ride.”

An education in mitochondrial diseases

As Gina continued to battle her symptoms, her parents met with and corresponded with dozens of physicians across the country trying to find out what was killing their daughter. They also added their name to the few mitochondrial registries available at the time.

“Like every parent, you want to know what this disease is, and once I identify it, I can work on curing it,” he says. “But we learned early on that the disease is so complicated, the science was so elementary, that it was not going to be easy to fight it. We needed to get more people interested. We started to look at that bigger picture and asked: How can we create a level of interest about this disease that so many know so little about?”

Mohan describes the journey since Gina became ill as an education he never wanted.

“When I started calling other people from around the United States, I tried to convince them not to be disease specific, that we’ve got to open up this umbrella and incorporate all of these mitochondrial diseases in order to increase our numbers, and get the attention of Congress, the National Institute of Health and other researchers. And that was difficult to do,” he says.

Mohan remembers meeting Falk a few years after he founded UMDF in 1996 and she was a Clinical Genetics resident at Rainbow Babies and Children’s Hospital at University Hospitals of Cleveland and Case Western Reserve University.

“She was a firecracker then,” he says. “What was interesting was her energy and level of interest because back then, so many physicians and researchers would just shrug off mitochondrial disease because it wasn’t the popular disease.”

Today, Falk remains active with UMDF, continuing to serve as, she has for the past decade, on its Scientific and Medical Advisory Board. She recalls her first impressions of Chuck Mohan: “He was the unifying force in what became a global effort that gave legitimacy to physicians and scientists who wanted to focus their careers in understanding the many causes, and therapeutic opportunities, for the many disorders that may variably involve every organ but share in common an inability to properly make energy.” 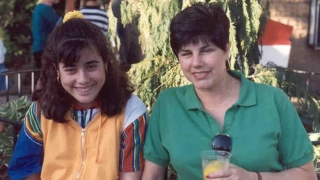 The Mohans often imagine where Gina would be now in life, at age 42.

“As strong as we have become along this never-ending journey of grief,” says Mohan. “We see every milestone reached by others as a memory that didn’t happen. Every time our son reached a milestone, or a neighbor, another child or classmate, that’s a reminder of a milestone that Gina would never reach. And that’s not only for us, that’s for every parent who has lost a child.”

In a letter he wrote marking the 25th anniversary of UMDF’s founding, Mohan noted Gina was now gone longer than she was with them.

“Not a day goes by that we’re not reminded of that loss,” he says. “Gina only lived 15 years, but those 15 years had such a phenomenal impact.”

In allocating small grants that enable a researcher to establish a project and produce data that could lead to larger grants, UMDF seed grants have generated over $150 million toward mitochondrial disease research. CHOP researchers are among those who’ve received a UMDF grant, and the CHOP Mitochondrial Medicine Frontier Program continues to actively partner with UMDF to build initiatives to support genetic understanding, data resources and clinical research endeavors that directly benefit patients living with mitochondrial disease. UMDF has also promoted education for the diagnosis, treatment and cure of mitochondrial disorders and provided support to affected individuals and families.

“It all started with Gina,” says Mohan. “It was a result of us losing our daughter.”