It was a typical weekday for Paul, a 15-year-old sophomore at Christian Brothers Academy in Lincroft, N.J. A full day of rigorous classwork was followed by an intense rowing practice. Afterward, Paul downed a bottle of water and went home for dinner. However, not long after dinner, Paul doubled over from excruciating pain in his side and began vomiting. His mother, Michele, thought he might have food poisoning. But when the pain and vomiting continued through the night and into the next morning, her concern grew. 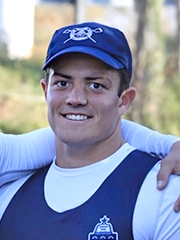 Michele took Paul to an emergency room near the family’s home in Monmouth County, N.J. There, Paul was diagnosed with a ureteropelvic junction obstruction (UPJO), a condition in which the place where urine in the kidneys is supposed to drain into the ureter is narrowed or blocked. In Paul’s case, the passage was extremely narrow. The narrowing limited the flow of urine down to the bladder, causing urine to back up in his kidneys. The backup resulted in swelling of the kidneys, a condition known as hydronephrosis. The narrow passageway was likely there for Paul’s entire life and was brought to light because his body couldn’t process the large amount of fluid he had taken in so quickly after rowing practice.

As fate would have it, Thomas Kolon, MD, the CHOP urologist who initially saw Paul, was a graduate of Christian Brothers Academy. Knowing how important it was for Paul to get back on track academically and physically as soon as possible, Dr. Kolon quickly formulated a plan that included fellow CHOP urologist Chris Long, MD. Dr. Long recommended a robotic pyeloplasty, a minimally invasive surgery that would widen the passage between Paul’s kidney and ureter. 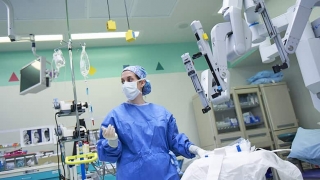 “Dr. Long showed so much care and concern for Paul,” says Michele. “He wanted to get Paul back to school just like he was his child. I felt 100% that we were in the right place. The entire staff had such empathy and was really on top of things.”

Typically, UPJOs are identified and surgically repaired early in childhood. As a 6 foot, 200 pound 15-year-old, Paul’s anatomy was a bit different than typical patients undergoing surgery for the condition. While this made the procedure more complex than usual, Dr. Long skillfully widened the passage between Paul’s kidney and ureter and put in a stent to help drain Paul’s urine while his body healed.

Back in action after UPJO surgery

The surgery corrected the UPJO completely. After a few weeks, Paul’s kidneys were functioning at 100%, the stent was removed and he was back to the activities he loves.

“It was a life-changing experience, especially for me as a mother,” says Michele of Paul’s diagnosis and care. “I push and I drive him to work really hard, but that experience made me appreciate the simple things, and it put things in perspective for him.”

Now 17, Paul is captain of his rowing team. He recently applied to the naval academy, where he would love to row. He wants to be a chaplain in the Navy, where he feels his leadership abilities would be an asset to help soldiers in need of mental and emotional support.

While he recovered from surgery in the hospital, Paul received a comfort pillow that says Children’s Hospital of Philadelphia. The pillow is given to patients with abdominal incisions to help them heal by providing increased comfort and pain reduction when they cough, breathe and move.

Paul cherishes the pillow to this day. When he has a test or challenge, he looks at the pillow and it reminds him of a time when he overcame something much harder. 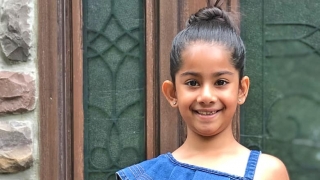 Treatment for duplex kidney and ureterocele spanned from before birth to a robotic surgery.

Minimally invasive surgery for pediatric urological anomalies is here to stay. Read how CHOP is seeking to improve surgical solutions for children.