When Emily Stratton came to her many doctor appointments at CHOP’s Pediatric Thyroid Center while she was sick, she didn’t feel sorry for herself. Instead, she observed. 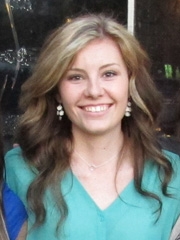 “I saw how great the nurses were, how they would do everything they could to help me, to make me feel better,” says Emily, who was in high school when she was diagnosed and treated for thyroid cancer. “I had never considered going into nursing before. But as I watched them interacting with patients, I thought, ‘I can see myself doing that.’”

Now a 20-year-old in the nursing program at Holy Family University, Emily is following through with those thoughts. Her ultimate goal would be to return to CHOP — but this time, she'll be on the other side of the stethoscope.

“I start a medical-surgical clinical rotation next semester,” she says. “I’m so excited.”

Advice from a former patient

She thinks back to her own experience and knows what she would tell other teens who receive a diagnosis of papillary thyroid cancer (PTC).

“I know it’s a shock at first. It’s OK to be upset,” she says. “Accept the help of others; accept the support others want to give you. You’re not alone. Stay humble.

"Someplace in the Hospital there are children who have it worse than you do, " she adds. "This is not the end of your life.”

Emily hadn’t felt like her usual healthy self for a few months in the fall of 2009. It was odd for the high school sophomore and soccer player, who had never been to a hospital “except to visit friends,” she says. She kept getting colds, felt fatigued and was even tested for mononucleosis. All the tests came back negative.

Then one February day in 2010, as she was brushing her hair, her mother noticed a lump on Emily’s neck. After several CT scans and a PET scan, the preliminary diagnosis was Hodgkin's lymphoma — another cancer. It was only after she underwent a biopsy at CHOP’s Pediatric Thyroid Center that the correct diagnosis of papillary thyroid cancer was made.

Emily has had two surgeries, the first in March 2010 to remove her thyroid and 48 lymph nodes from the left side of her neck and around the carotid arteries; the second in December 2011 to remove 24 lymph nodes from the right side. She has also required two doses of radioactive iodine to eliminate the remaining cancer from her body. Most patients with PTC (about 60 to 70 percent) have one surgery and one dose of radioactive iodine, but Emily’s disease was persistent.

It took a month shy of two years for her to get a clean bill of health, and she still is screened every six months by Andrew J. Bauer, MD, medical director of CHOP's Thyroid Center, and his team to ensure the cancer has stayed away.

The long-term survival rate for thyroid cancer is 95 percent, positioning Emily to enjoy a long nursing career. She sees nursing as a chance to give back and share the optimism she felt from the nurses who have cared for her.

“There is light at the end of the tunnel,” she says. “For me, it was a long tunnel, but I came out of it fine.”